I arrived in Nuremberg, Germany with a bit of trepidation, but also anticipation.  I took the World War II tour which focused on Hitler, his Rally Grounds, the War Crimes Tribunal; in part because I have gotten a great sense that many Germans either want to forget what happened or want to remember it differently than what really happened.  (This is not a condemnation of an entire country’s population, but rather an observation of some that cannot be missed.)
Our guide was excellent and spoke of the foregoing as well as the need to truly understand and remember what happened.  When someone in our group, as we circled the Colosseum (or Cathedral) She made what could have been a very dark tour quite enlightening.  Bravo. 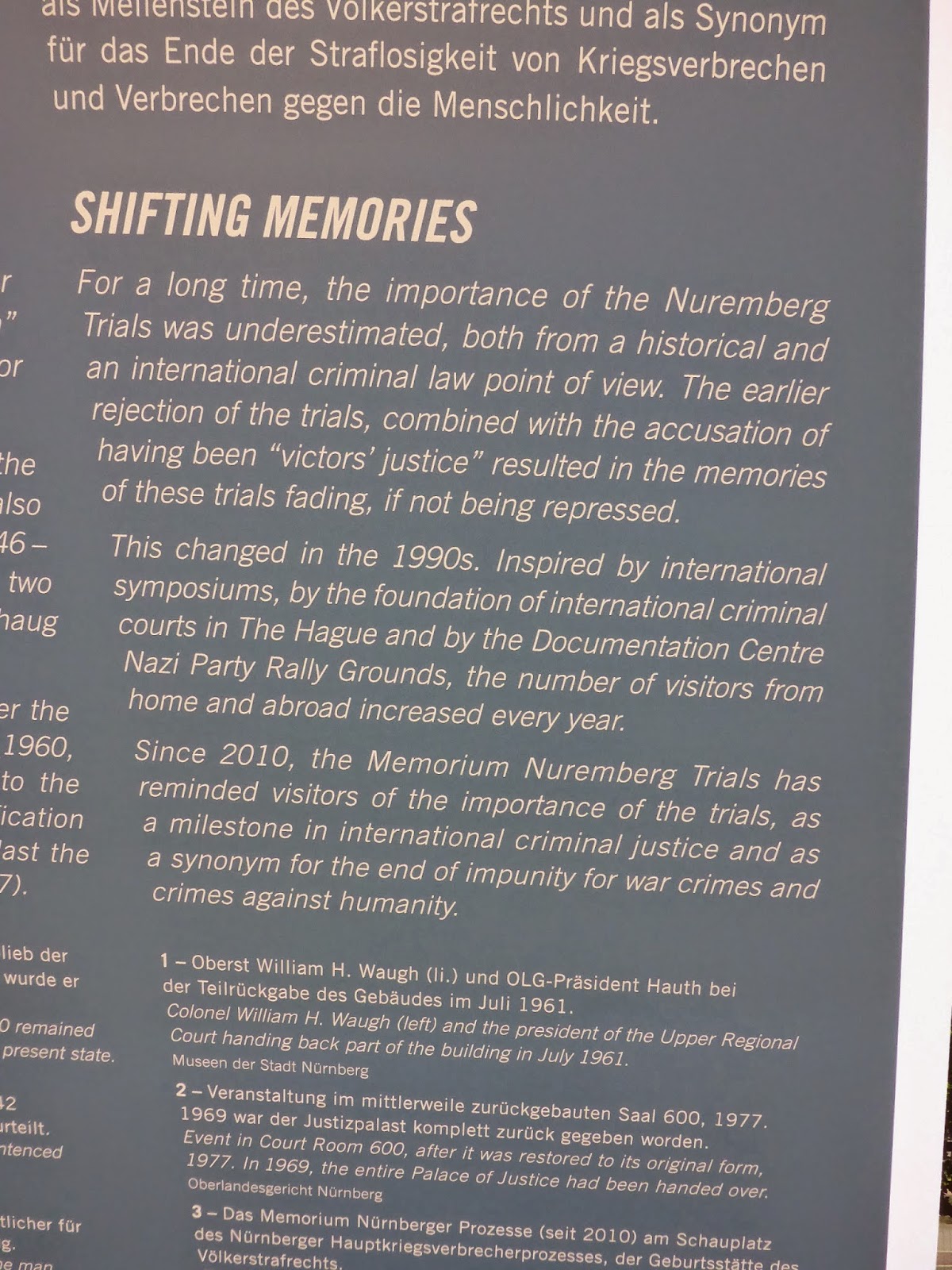 It was also interesting to see, in person, not only where all those horrifying news reels I saw as a child were  taken, but also how the oppressed effectively made construction of Hitler’s monuments too slow, too expensive and not able to stand the test of time (falling into ruins today while so many ancient cultures’ monuments remain after centuries.

But for the lighter side (or maybe the heavier!) it was time to check out the food.  Our guide said Nuremberg sausages were the best…and the best way to eat these smaller sausages was three to a roll.  Ummm, OK?  So off I went finding a charming little restaurant that, fortunately, had an abbreviated English menu and waitresses that could fumble through English and pointing.

Interestingly, while the culinary instructions said three to a roll, the sausages came in sixes.  But then I saw pork knuckles and had to order them too.  Both were delicious (the sausages were good, but Wurzburg is still No. 1 with me) and, no, I did not eat all of the food…but the port knuckle was close.


It was then back to the ship for a relaxing sail to Regensburg, Germany.  At least it was relaxing for me!  Nicola, our cruise manager was going a bit crazy as it was reported the water level was too low to dock in Regensburg, so we would have to sail downstream and bus our way to the various tours…some of which were then going to be quite long distances as the ship would have to drop us off and then continue to travel downstream.

After Nicola magically (and with bloodshot eyes) organized all this through the night, and everyone was chaotically rearranging their plans, and just as we took the left fork in the river with the higher water, the ship received word that “Oops.  We got it wrong.  The water level is fine”, so the ship continued downstream to where the waters again merged and backed its way up the river to Regensburg…with its original plans to now take place. 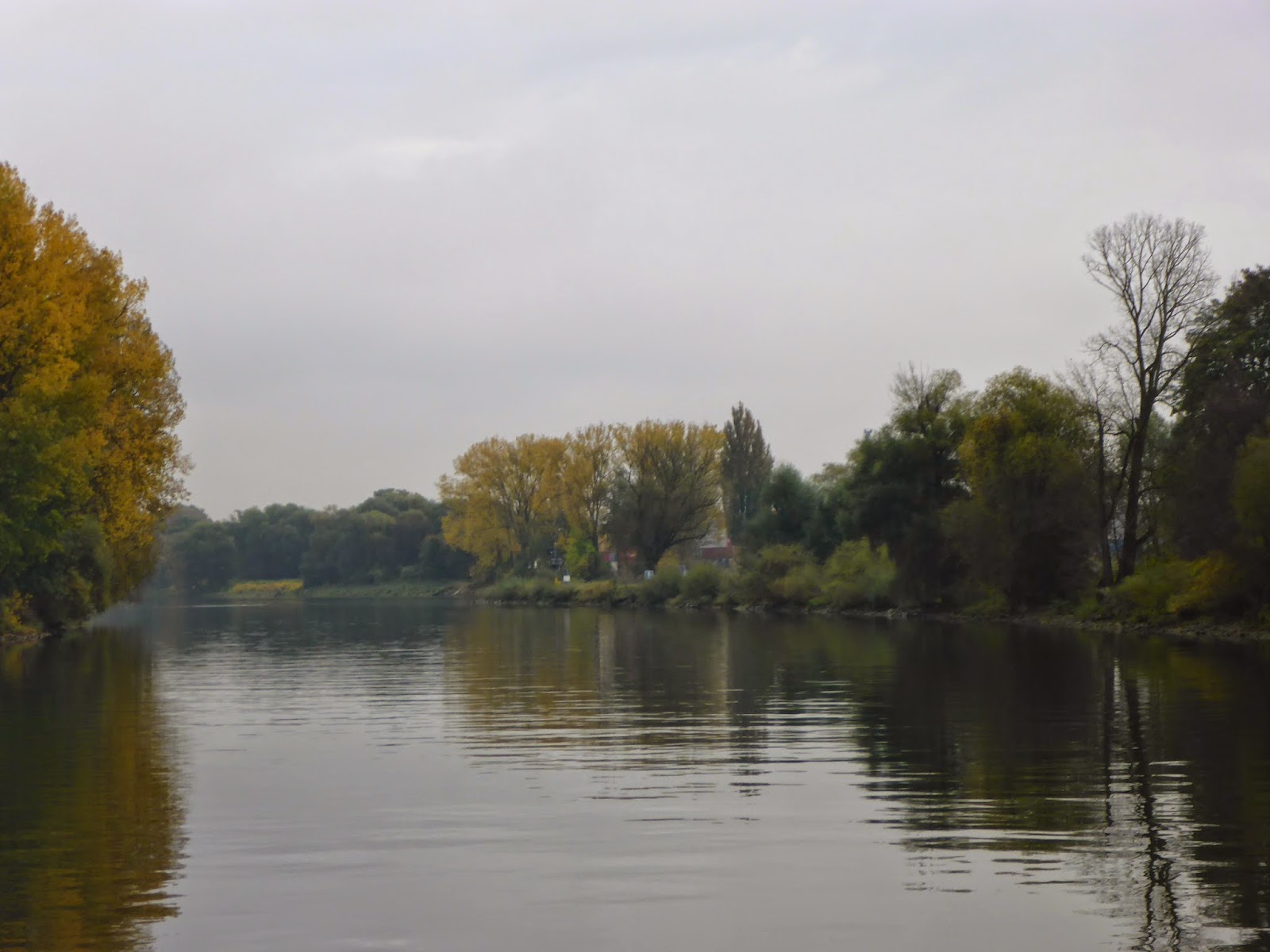 I mention this so you understand that “ship happens” be it delays at a lock, water levels, river traffic, etc. and flexibility and patience is definitely a virtue…something a few of the passengers seemed to have trouble with.

In Regensburg, I visited the Audi factory with a focus on the robotic and human building of the Audi A3.  It was a truly fascinating tour as I noted how different yacht, aircraft and automobile manufacturing is.  Sorry, but no photography is allowed in the spotless…and very cool…factory.  (By the way, there is no discount on a new Audi if you take the tour.) 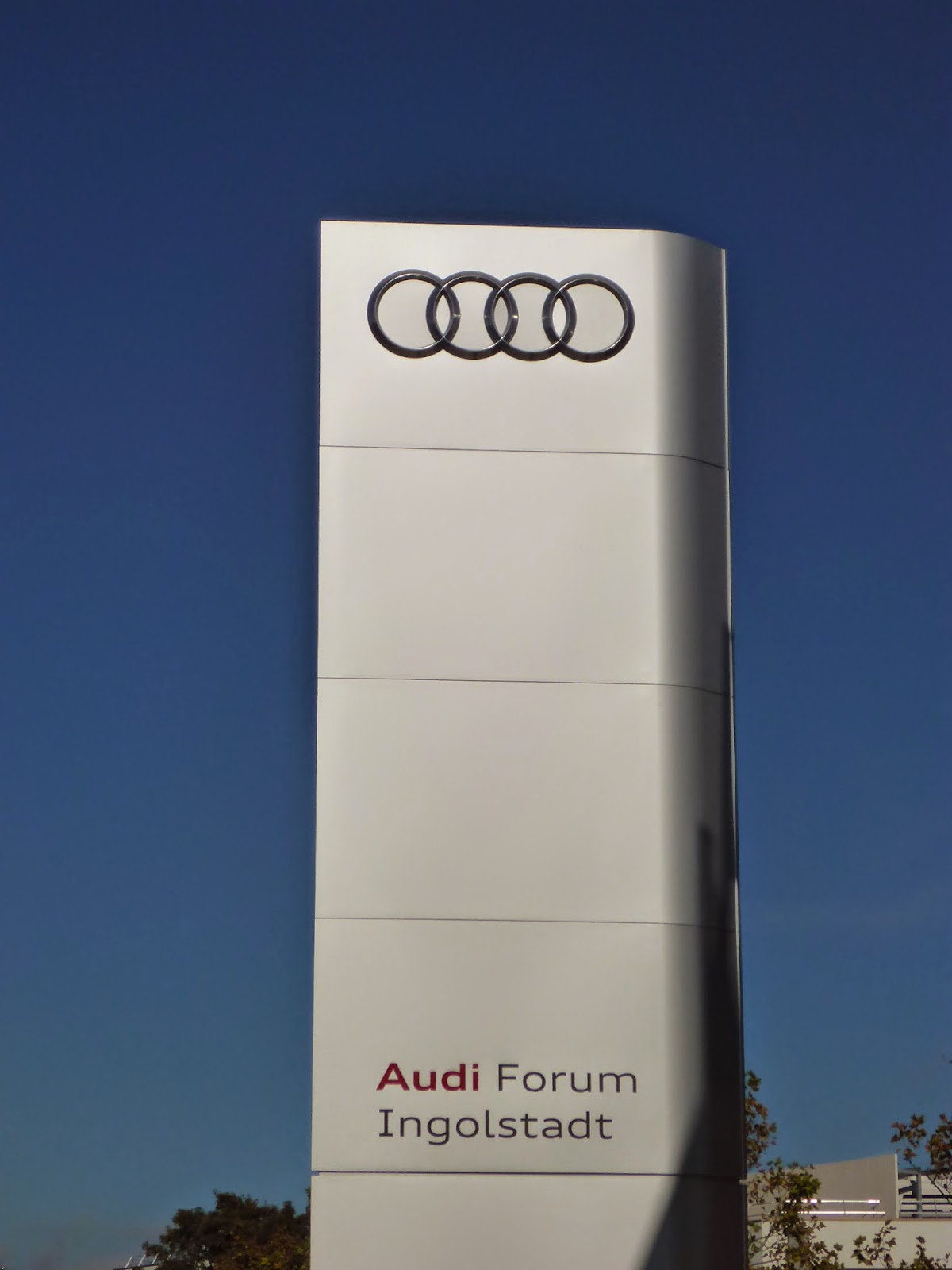 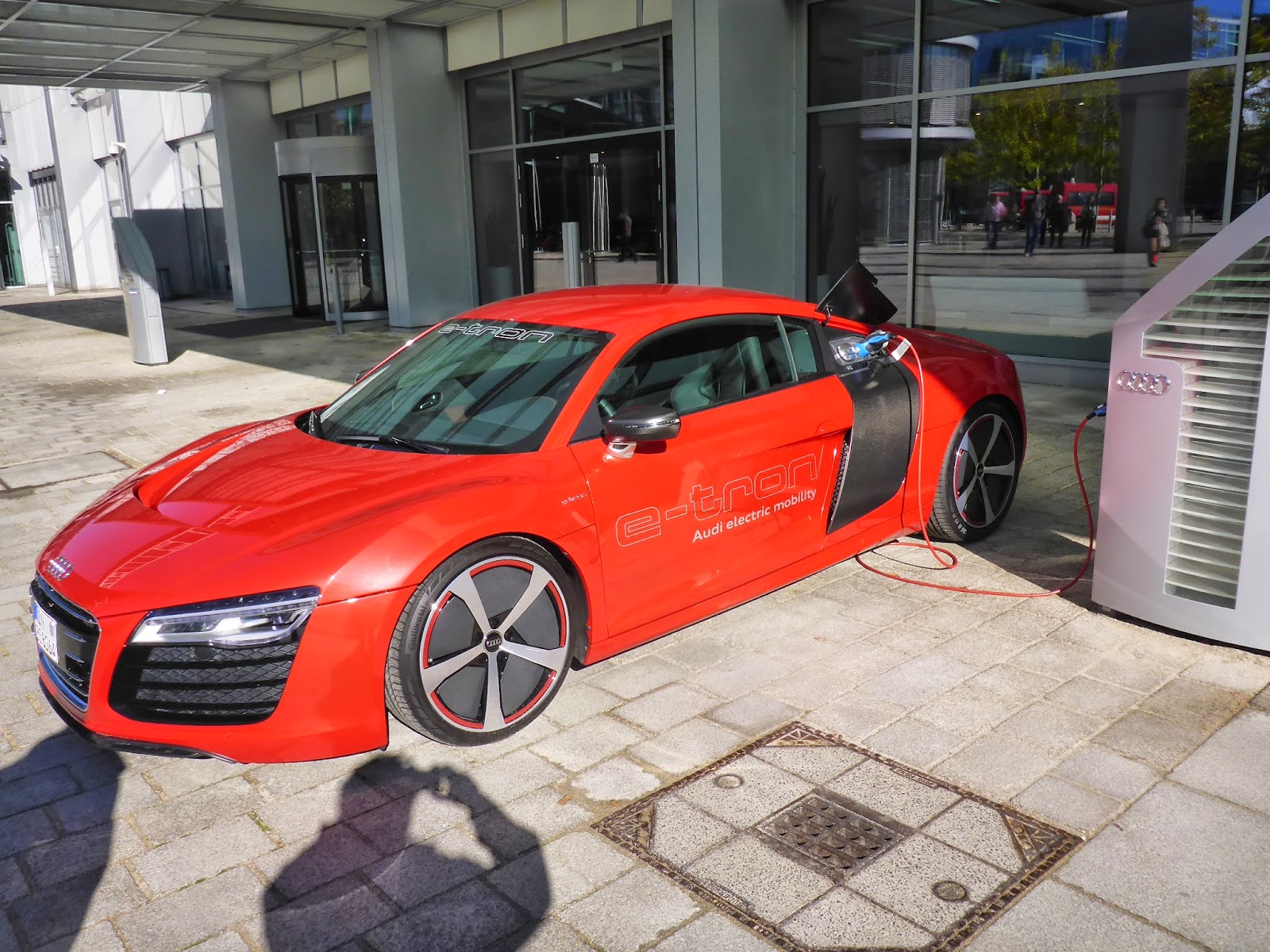 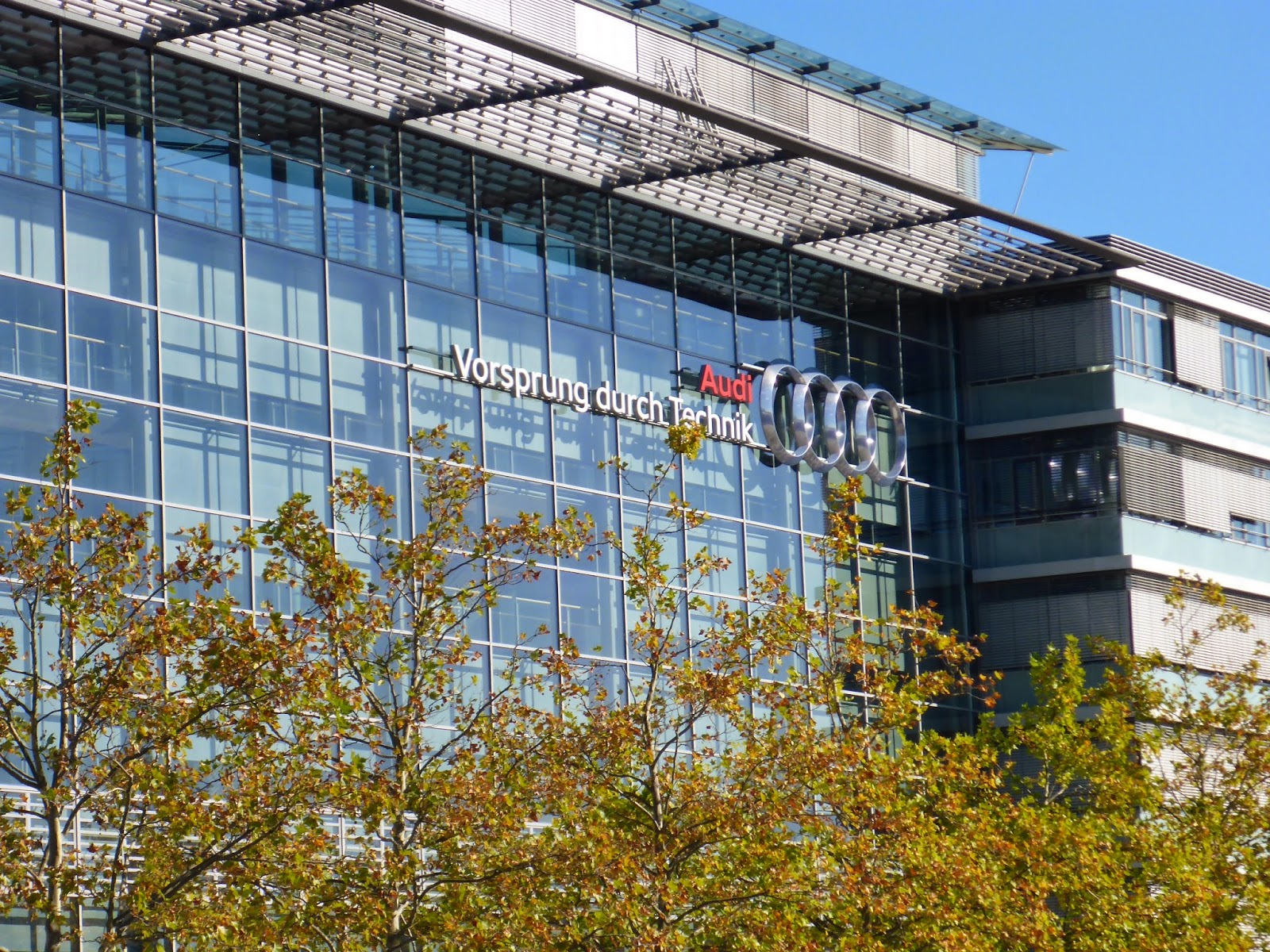 After the tour we had some time so I tried what didn’t sound too appealing, but I have seen everywhere:  Currywurst.  It was, ‘er um, the worst:  A lightly flavored sausage with tomato sauce and curry powder. Hey, I had to try it!

I had time to wander Regensburg after my tour and this reconstructed from the bombings town was charming…and made no secret of its Jewish history.  As I was wondering around on of the main squares I saw a curious white dry “fountain” children were playing in…and then I saw some Hebrew lettering.  It was the word, “Misrach” or “lighting up”.  It was actually an artist’s rendition interpretation of the layout of the 16th century synagogue…and a very nice explanation was also posted. 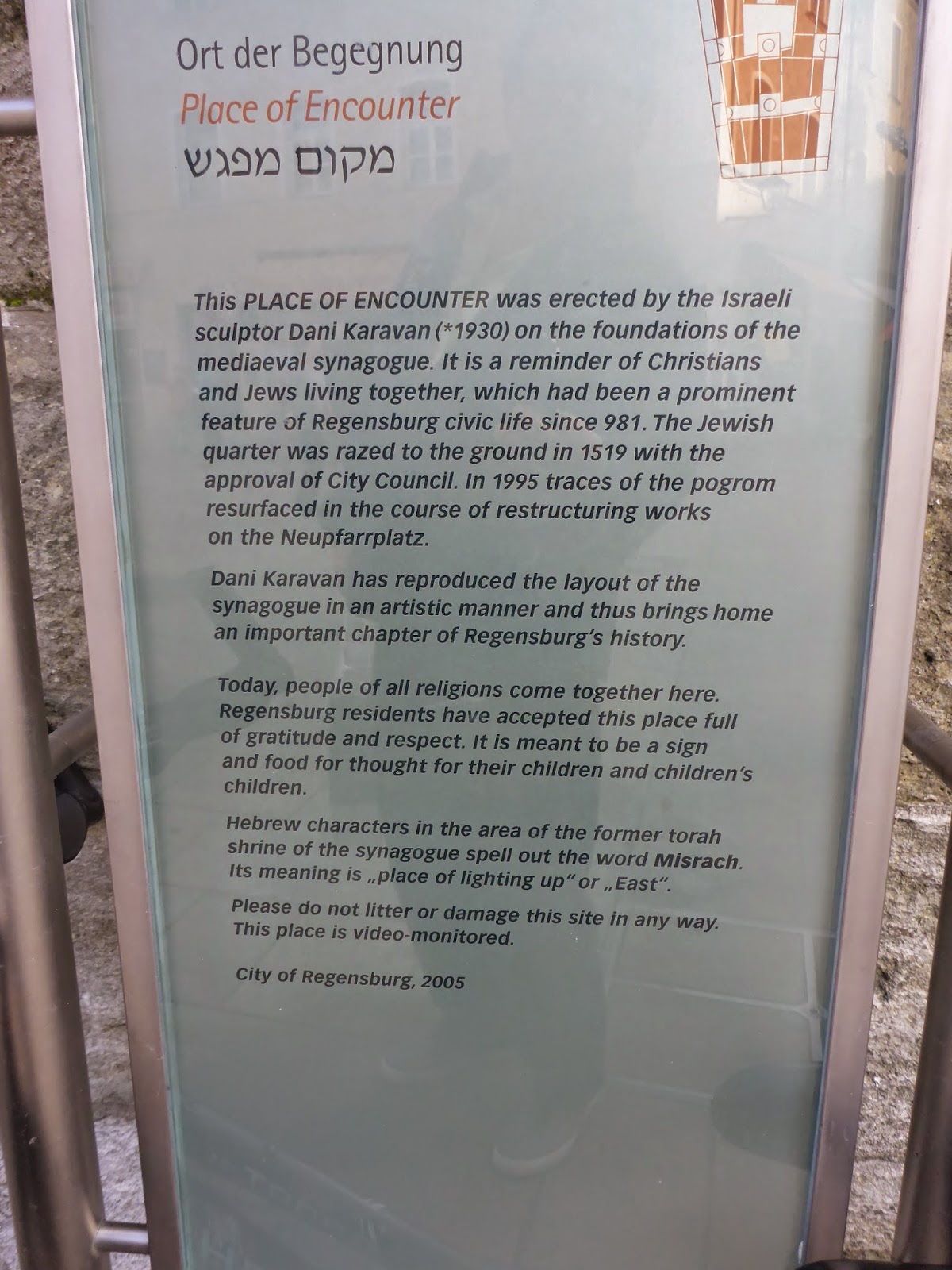 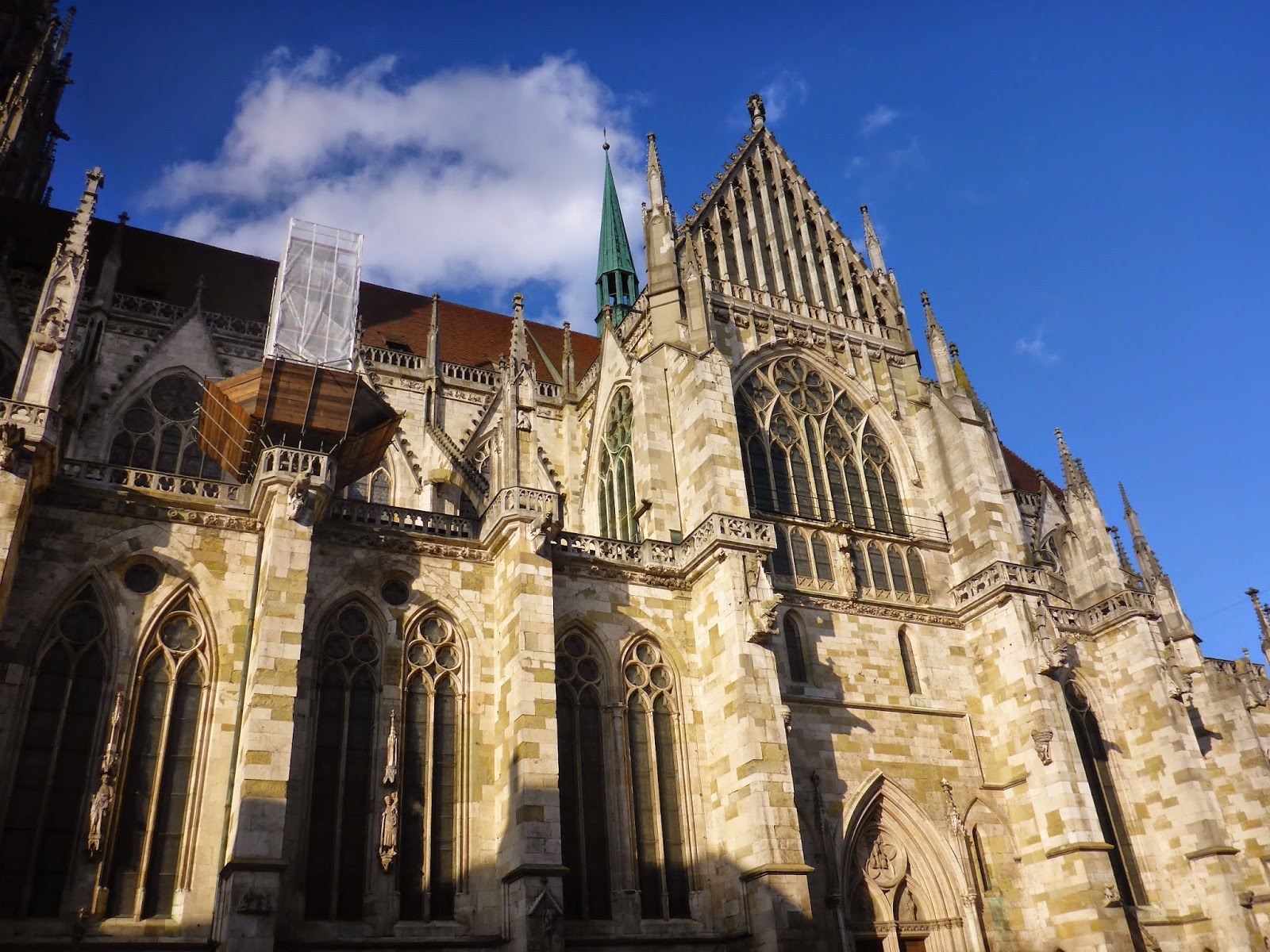 By the way Regensburg, Germany is very upscale if you are interested in shopping...but prices in Germany are high.

Our next stop was Passau, our last city in Germany.  This was a small town that basically had one of the largest church pipe organs in the world (over 17,000 pipes) and not much else.  It was, however, the starting point for those wanting a full day excursion to Salzburg,Austria.  No four and a half hours on a bus for me. 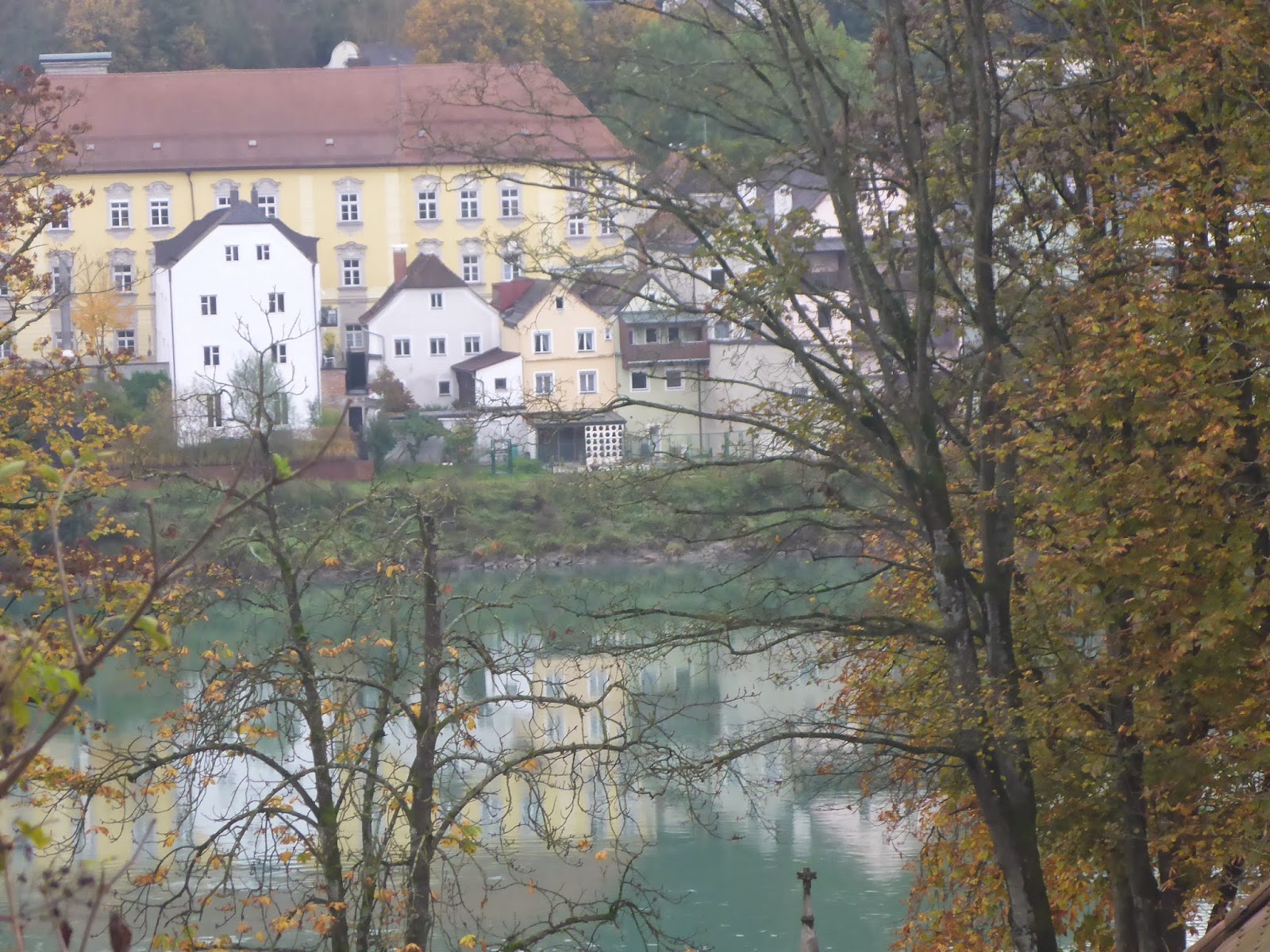 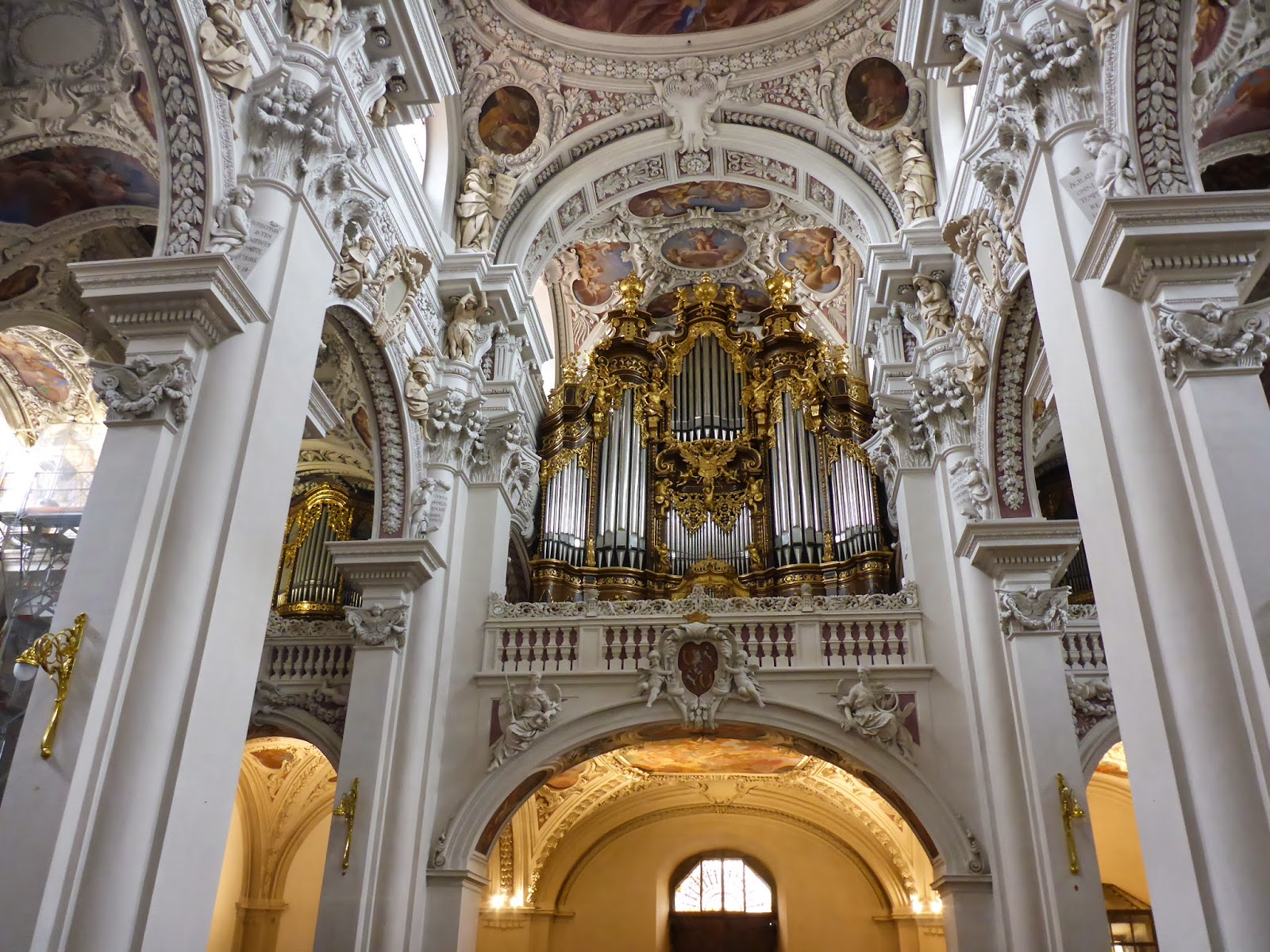 But more importantly, that afternoon was the 2014 Goldring Travel Food & Wine Tasting aboard the AmaWaterways AmaCerto!