A knock on the door at 5:00 a.m. and it was finally time to get up and get exploring the Amazon River!  As I lift my coffee for a first sip I not only notice an absolutely beautiful sunrise starting to unfold, but some large splashes in the water:  River Dolphins! 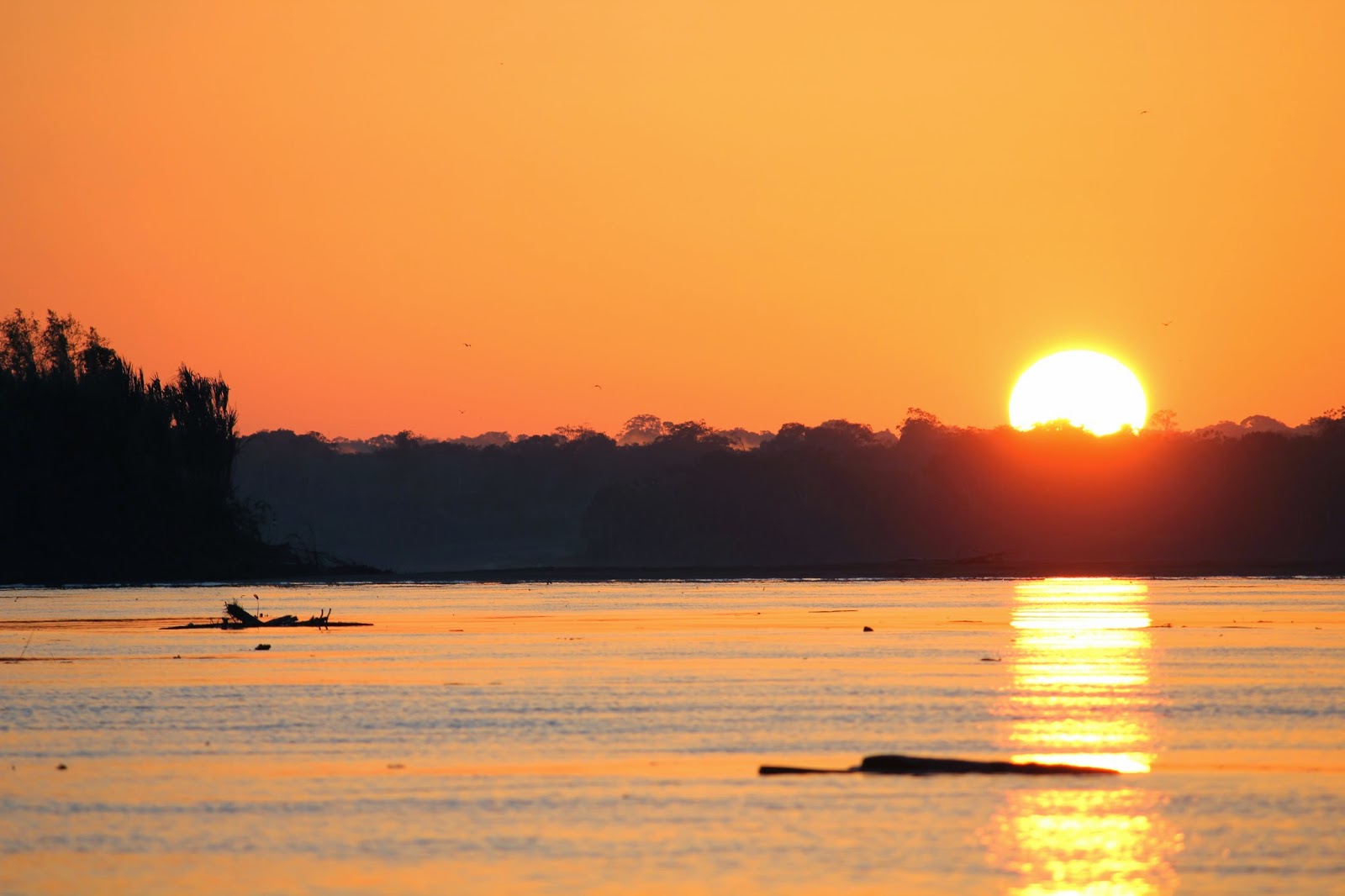 And that is how our first exploration went.  After boarding our skiff we watched the sun rise and the jungle come alive:   Monkeys (Squirrel and Dusky Titi),

two-toed sloths (even one moving!), 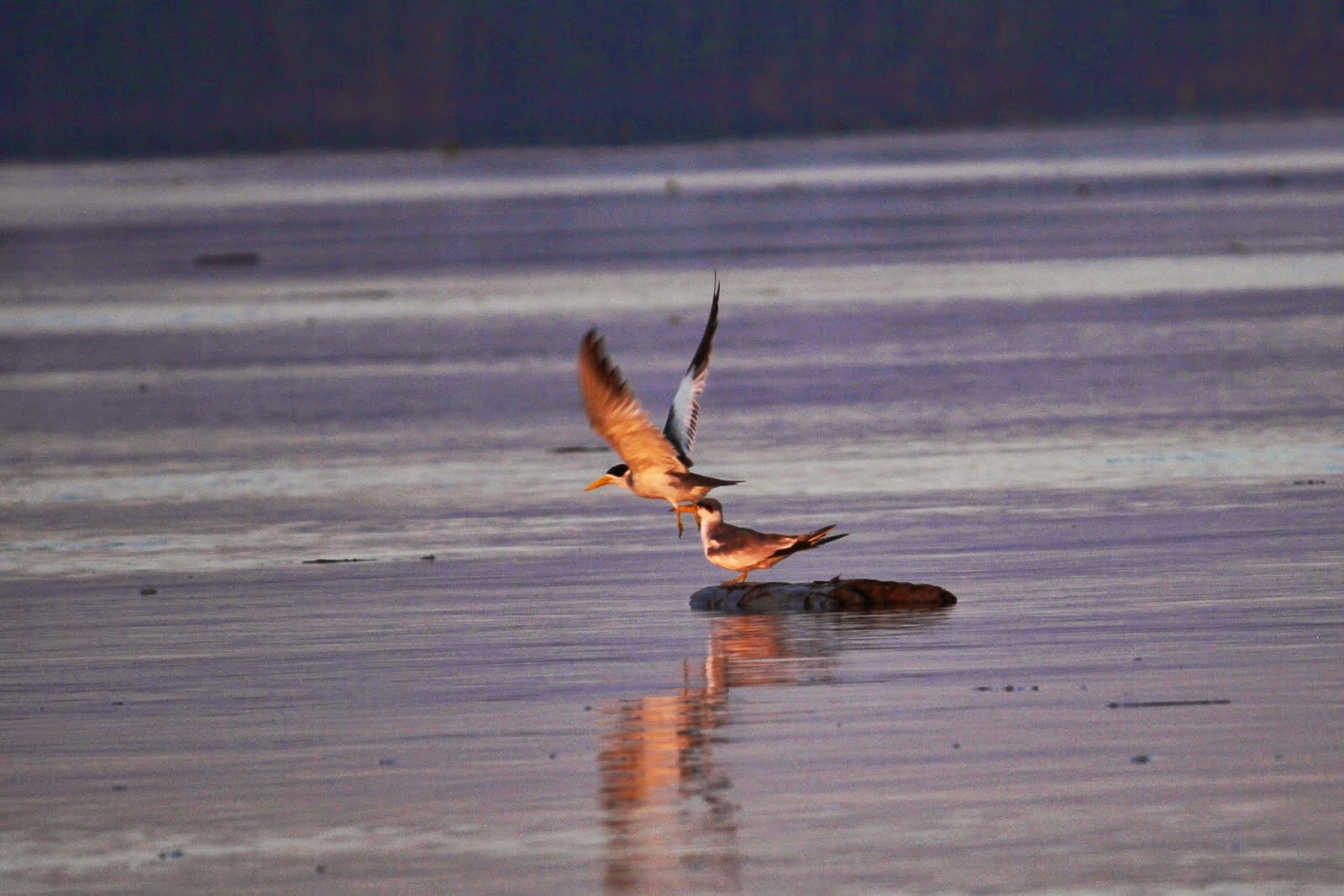 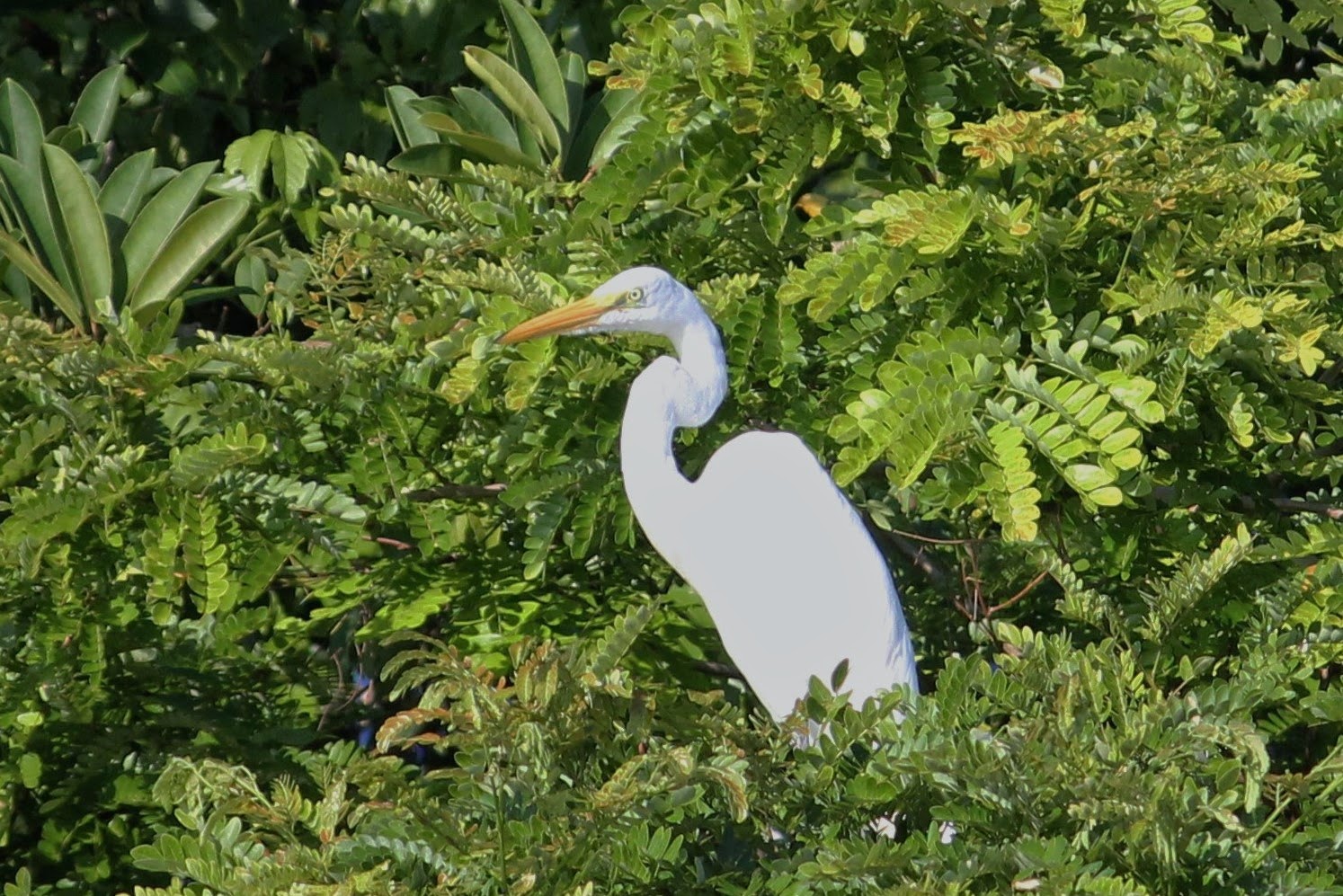 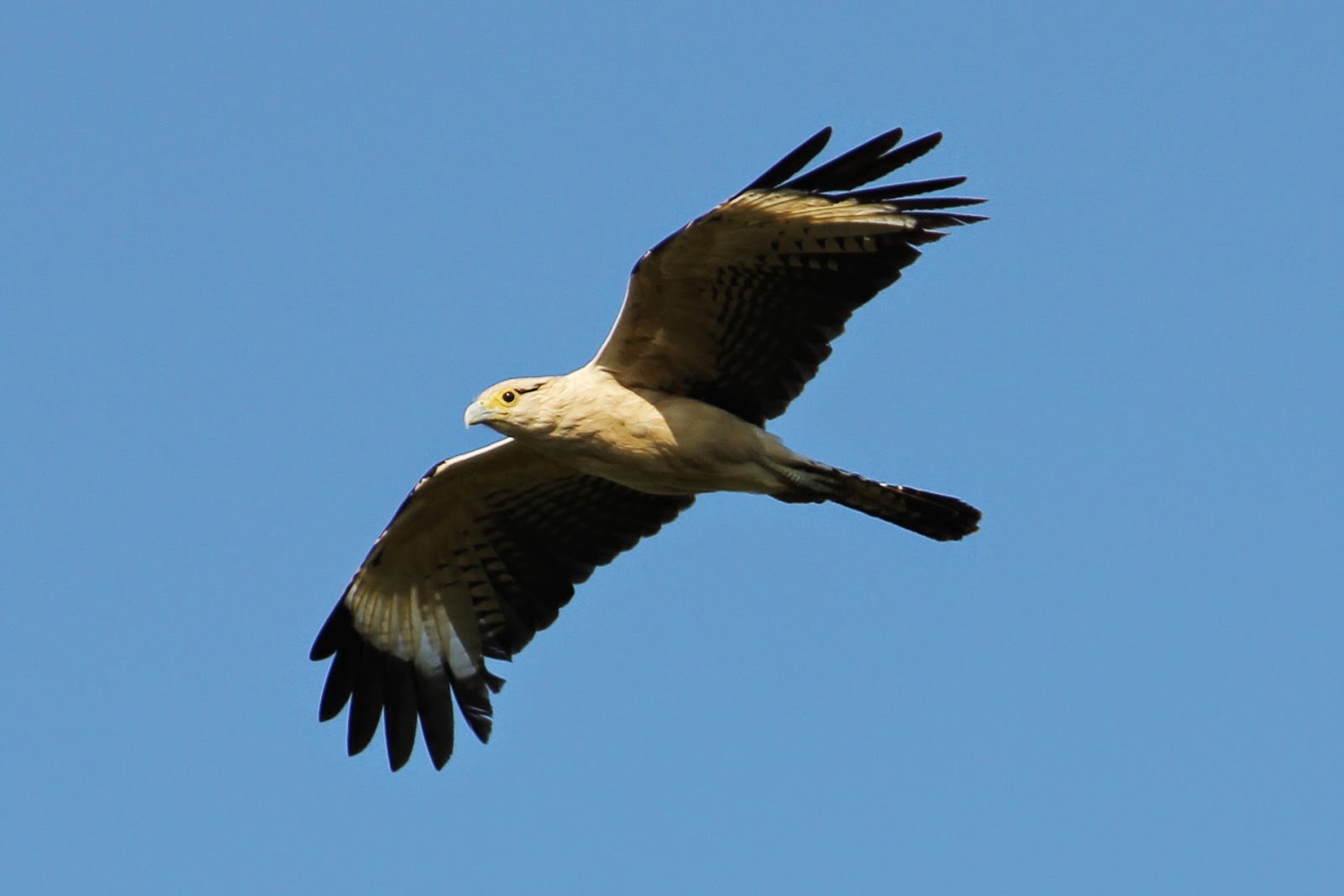 Having been to the Amazon once before I know what an “A” day is and we were having one! 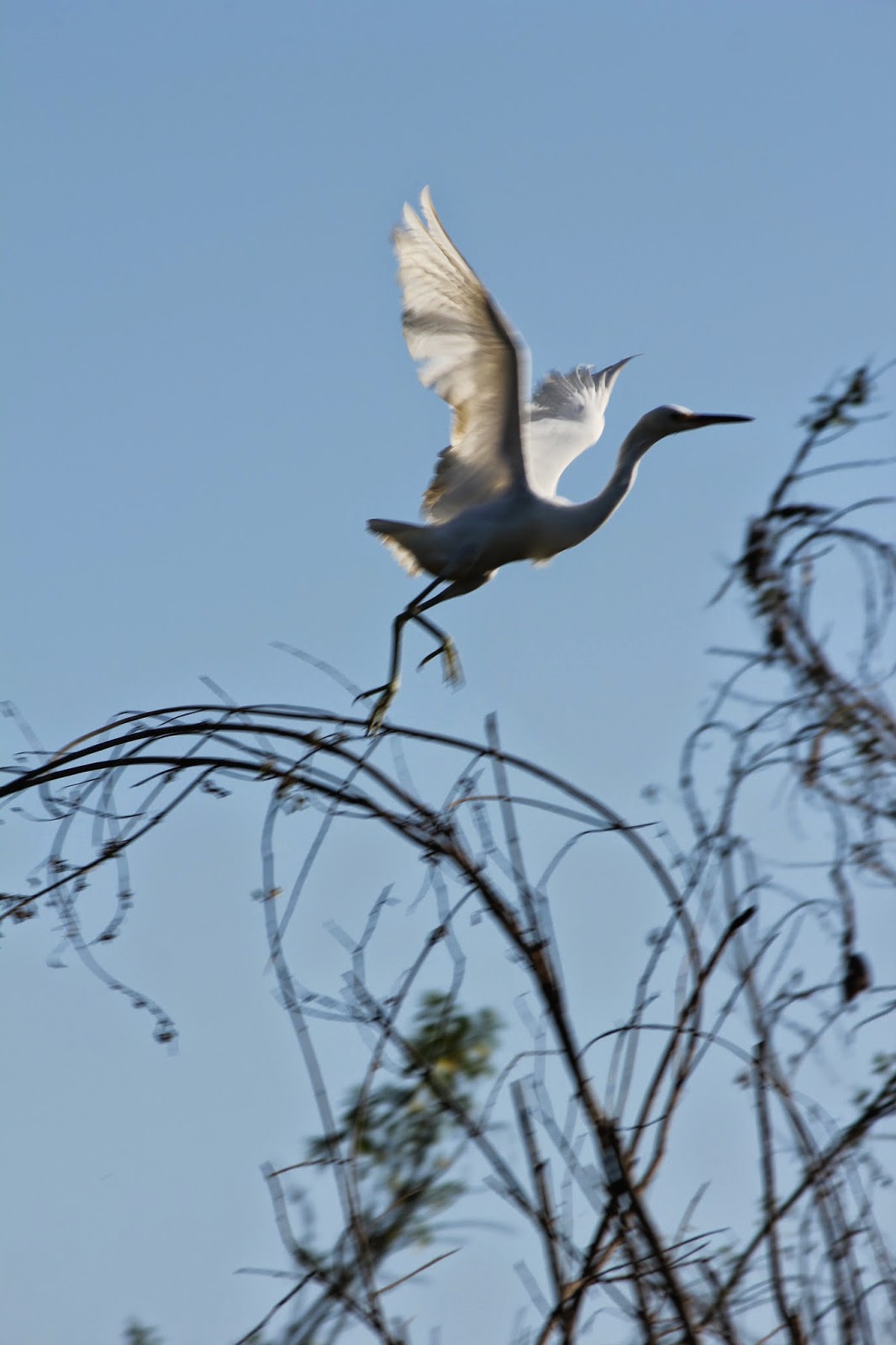 We were back on the ship for breakfast at 8:00 a.m., which consisted of tamales, scrambled eggs, thick bacon and fruit.  A waiter comes around offering fresh juice (noting that a wide variety of fruit juices are offered in rotation throughout all meals).  Towards the end of each meal there is a very short briefing of what to expect, so the morning activities are explained the evening before, the afternoon’s/evenings are discussed at lunch.

After a short rest it was time to reorganize and head back out on the skiff at 9:30 a.m. for another exploration before heading back to the ship (which moves when we are out exploring) for lunch, followed by a well-needed siesta during the extreme heat of the afternoon in the Amazon.  At 4:30 p.m. we head again with dinner to follow around 7:30 p.m.  There is no real evening entertainment (though the crew does a 30 minute musical performance on three nights).

One afternoon we were at the confluence of two rivers where both pink and gray river dolphins frequent and feed.  My last time to the Amazon was more downriver where the dolphin populations are, apparently, much lower.  Here the challenge was not seeing them, but capturing them in a photo as they quickly rise and then dive.  As frustrating as it was, the lighting was perfect and some decent shots were had (though betters once would come later in the trip!) 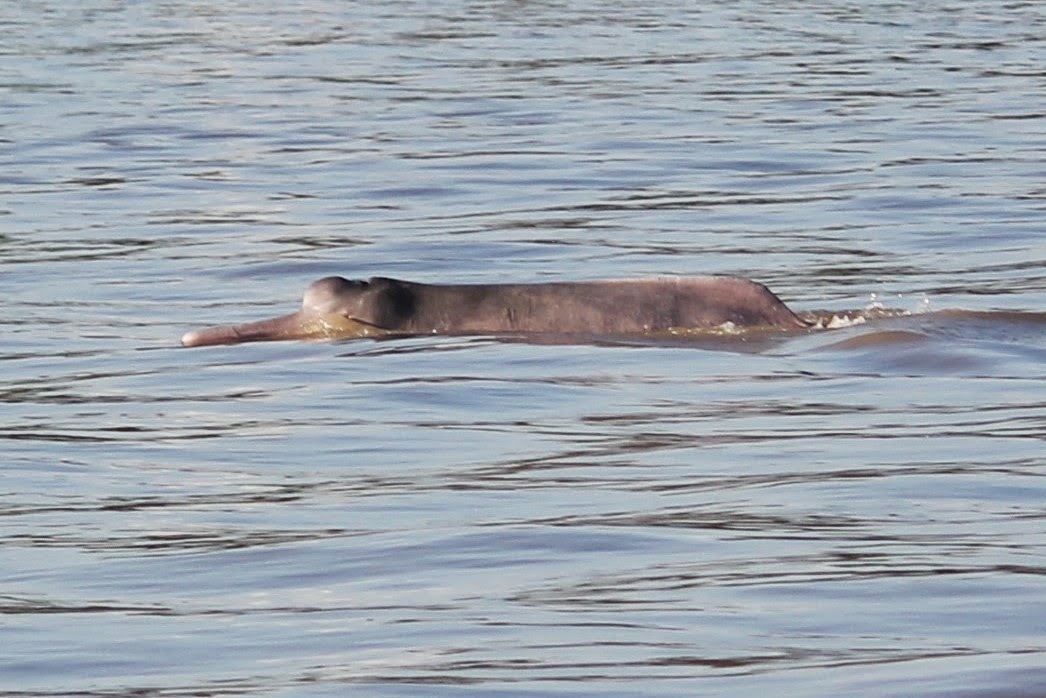 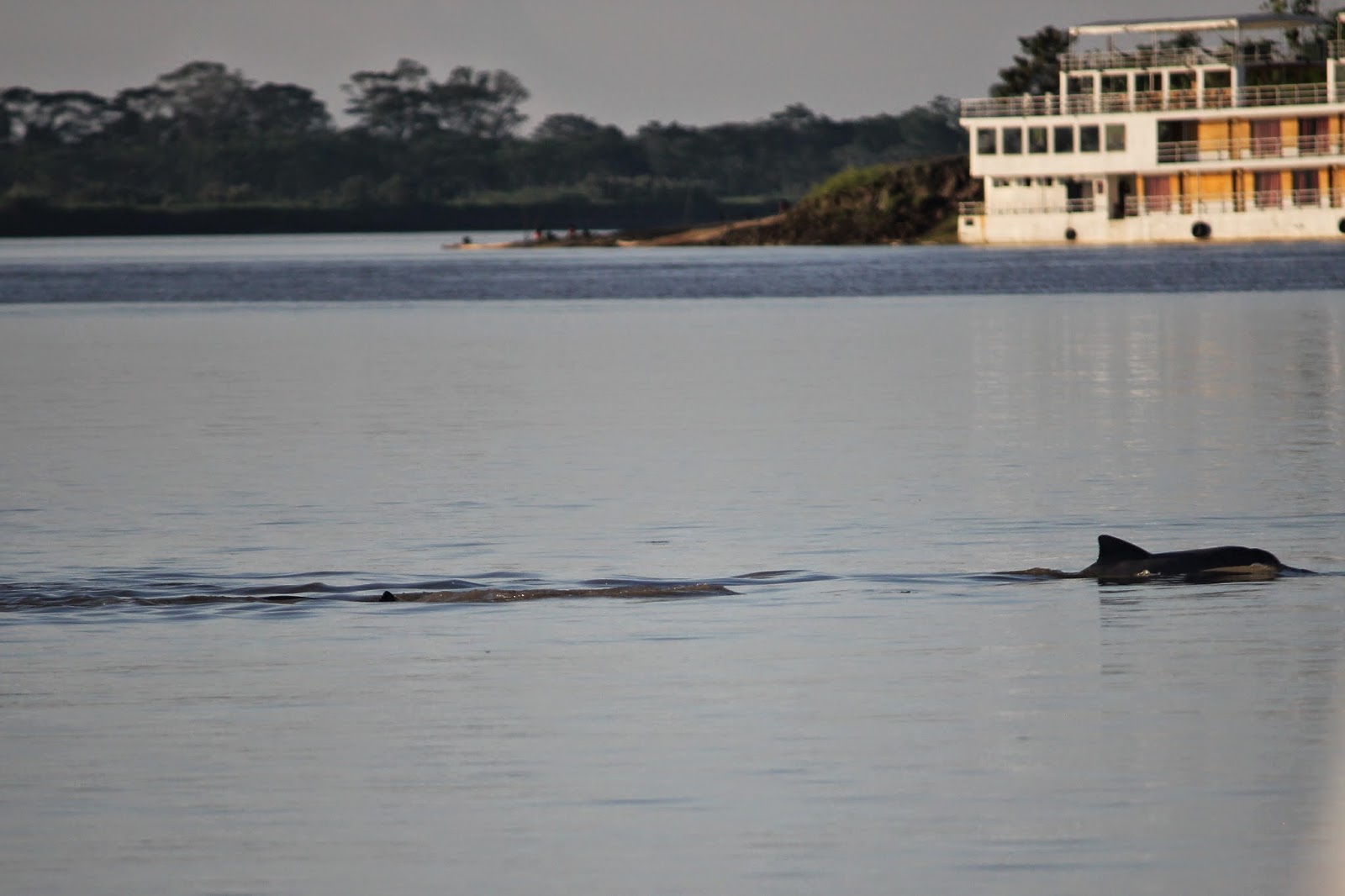 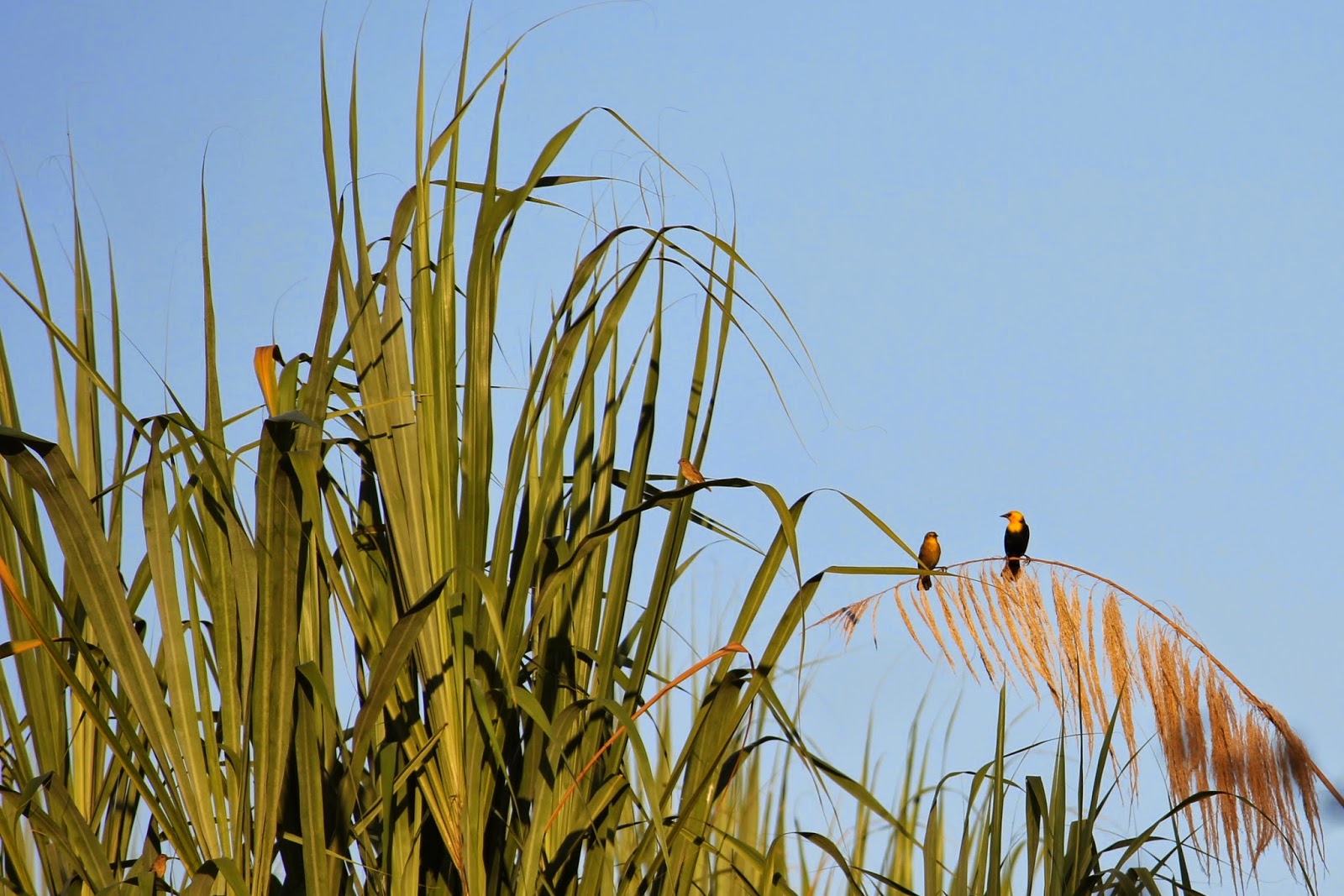 This is pretty much how the first three days of our Amazon cruise went.  Of course there were variations, including an evening skiff exploration where we hunted for the red glow of the eyes of caiman,

a morning skiff exploration which included al fresco breakfast served on our skiff, 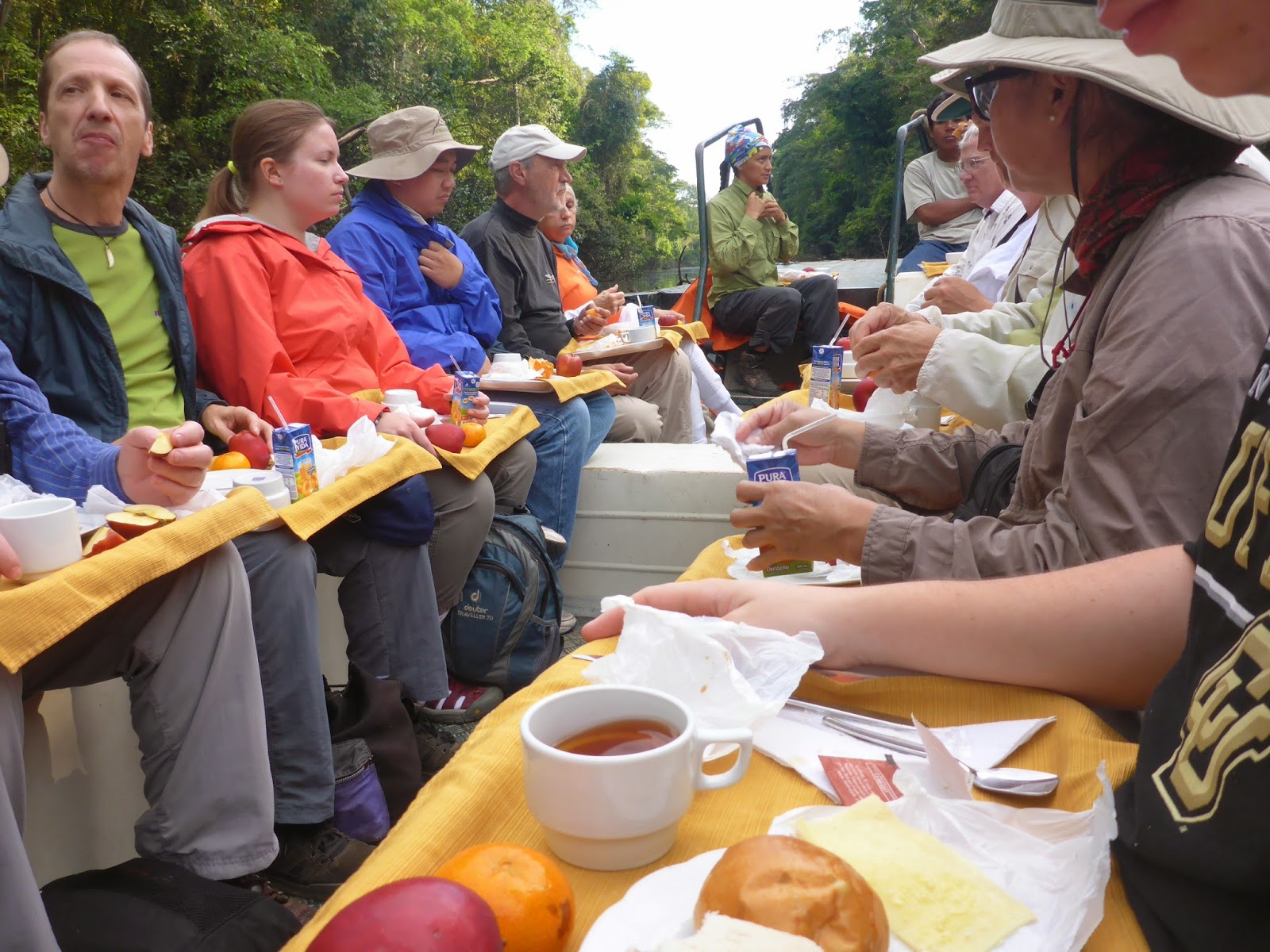 a swim in the Amazon River with dolphins nearby, 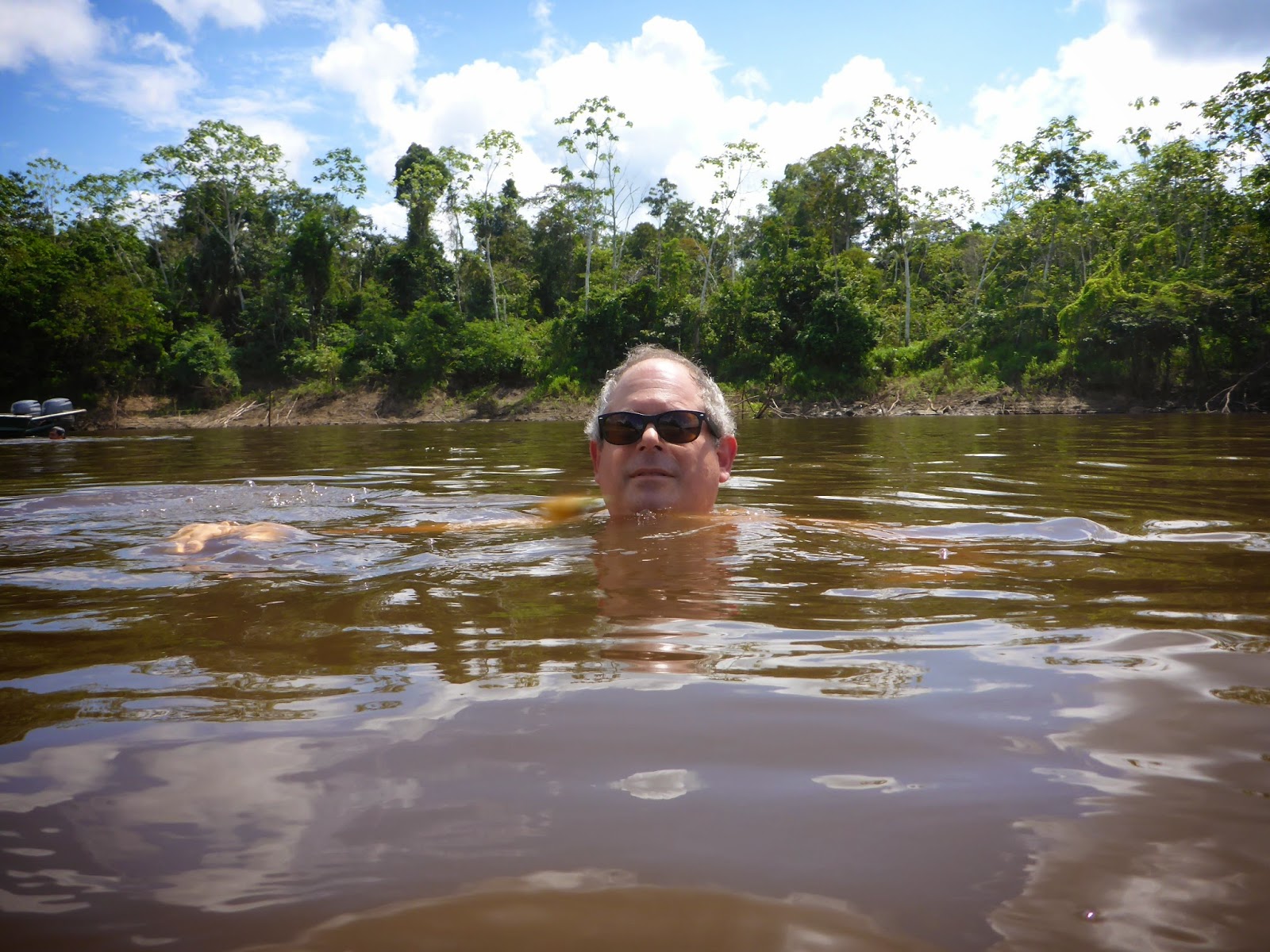 a short paddle with a local a traditional canoe 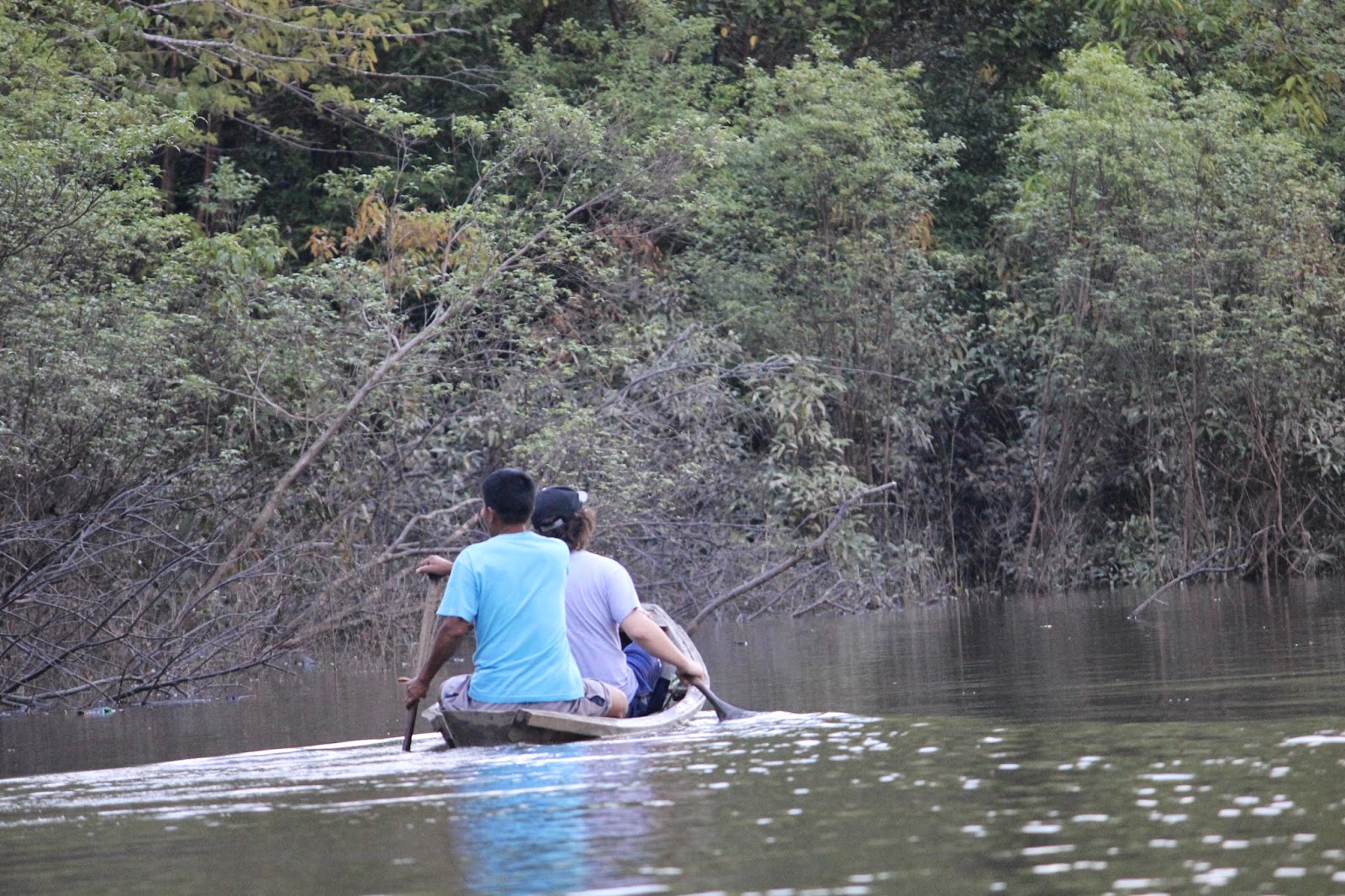 and piranha fishing, as examples.

Of course, there was just the beauty of the Amazon which, if you looked, surrounded us. 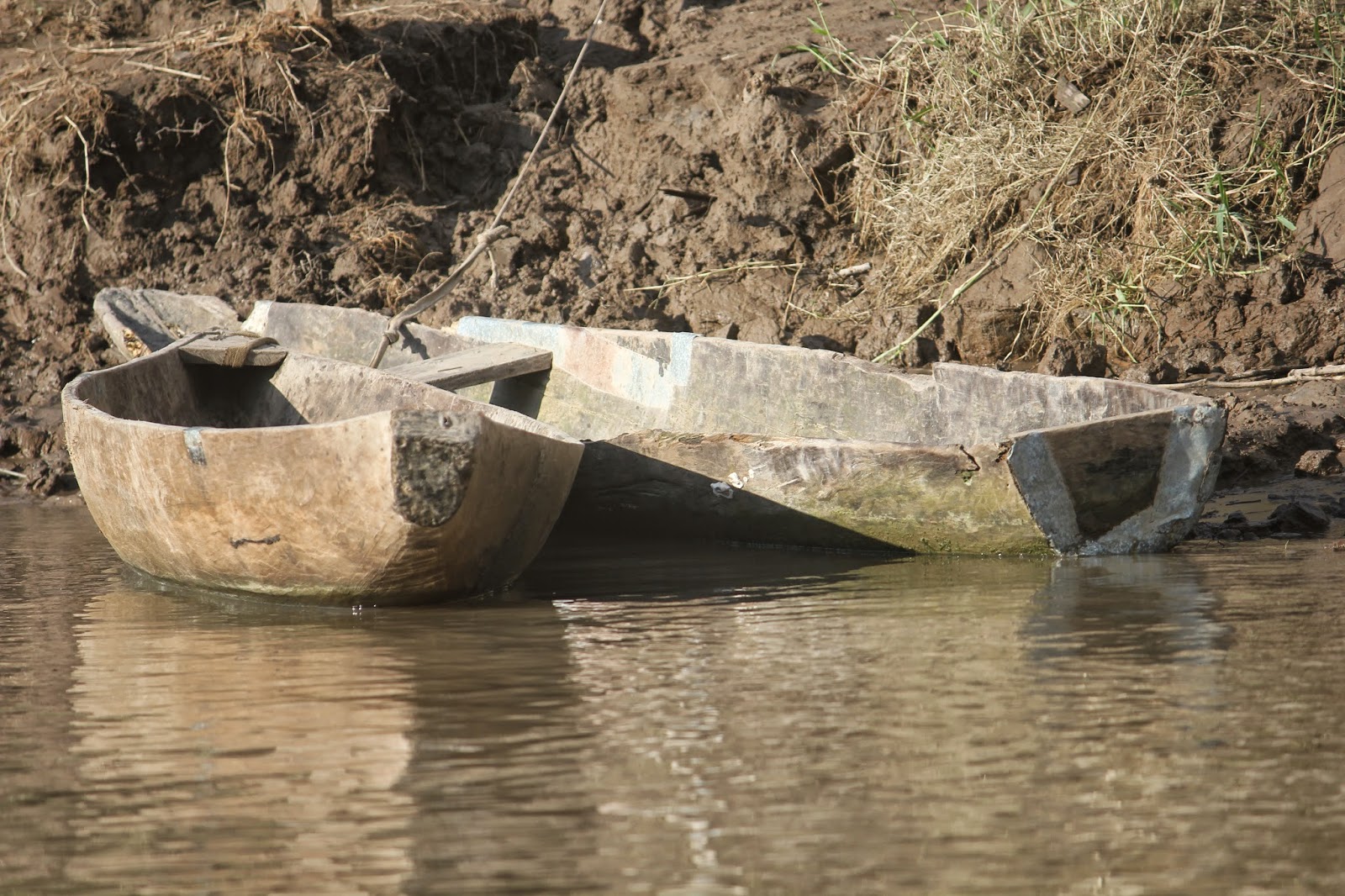 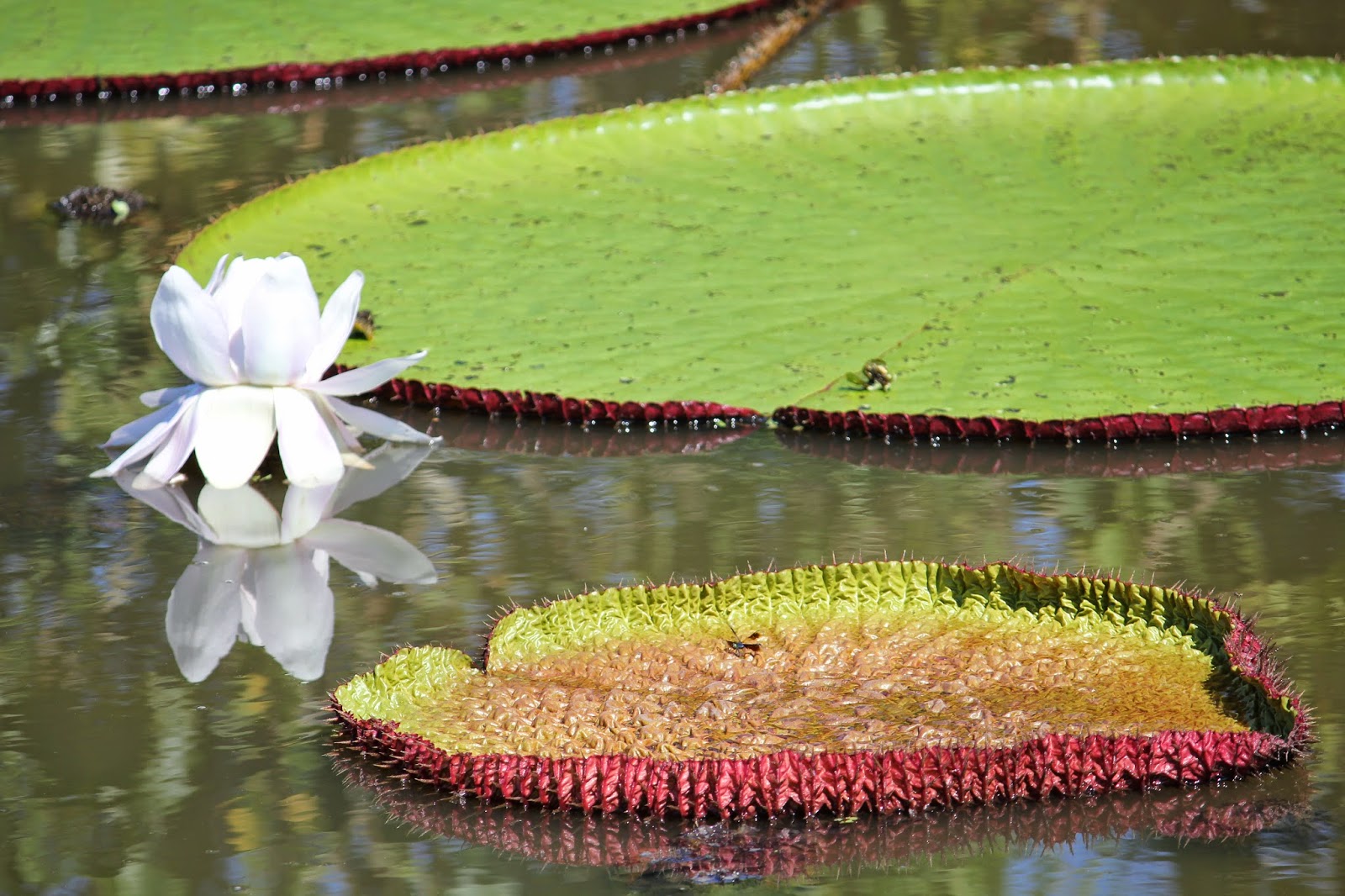 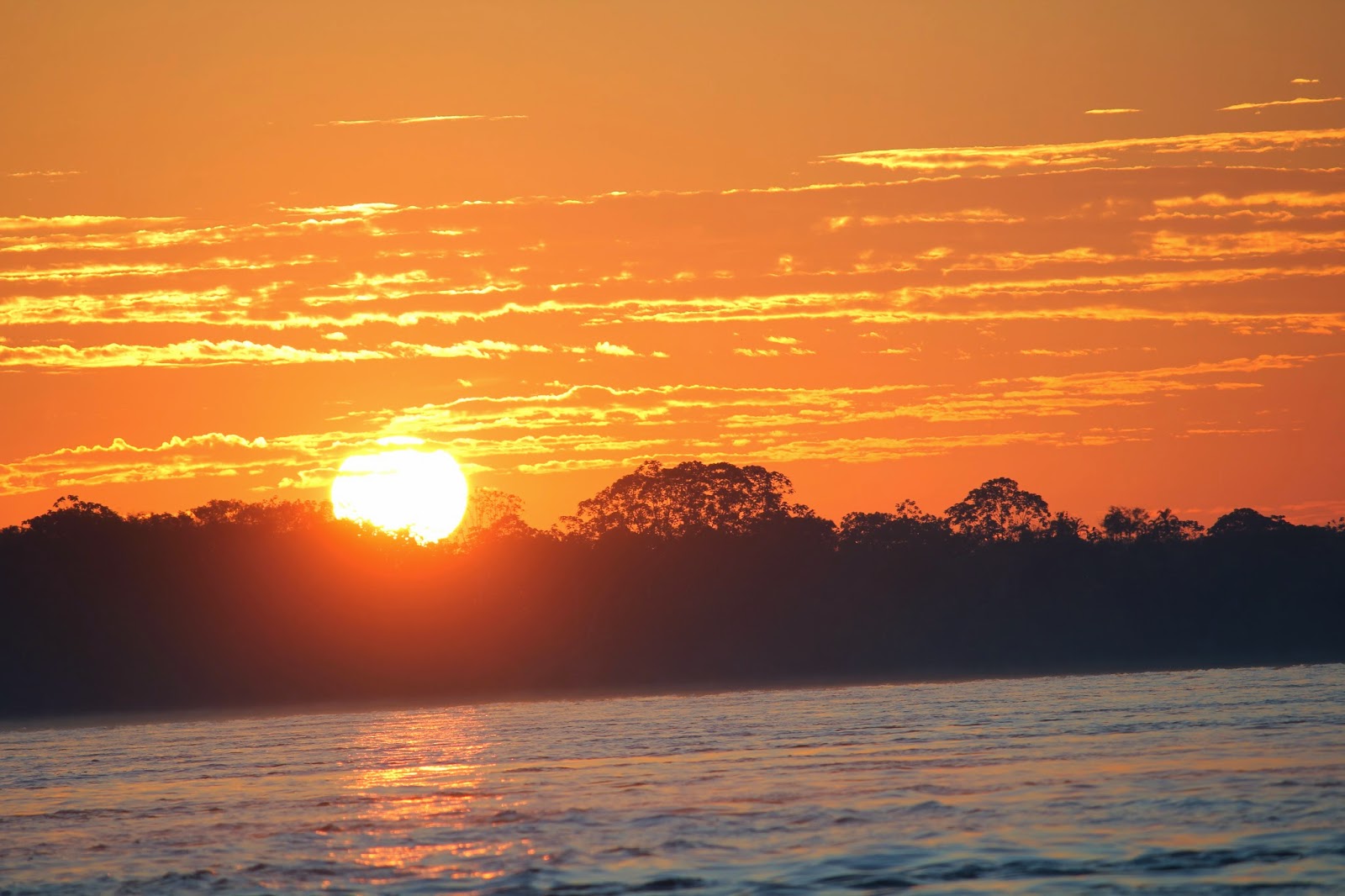 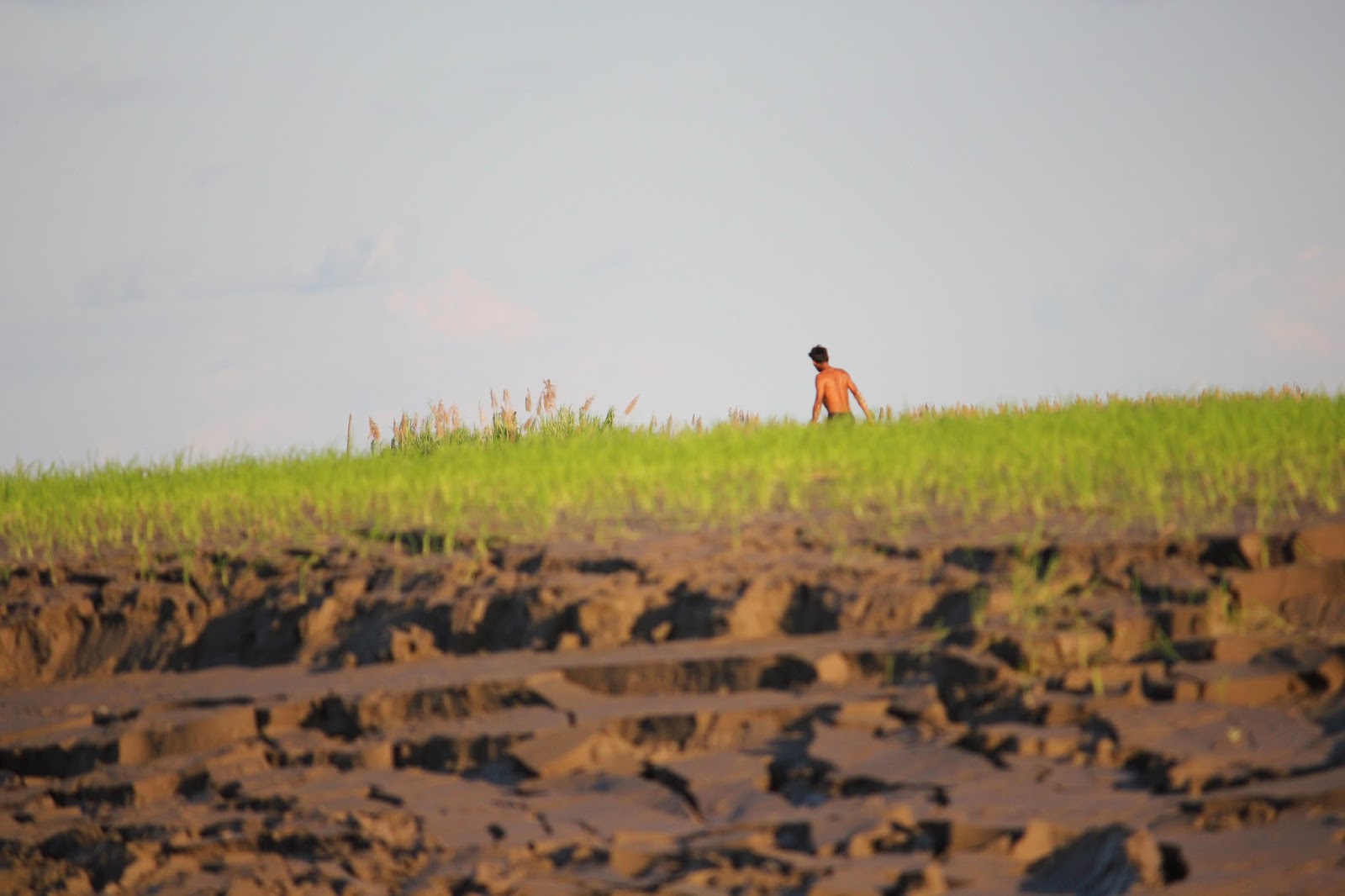 If my experience continued as it had it would have been far better.  However, this G Adventures cruise is a bit more touristic than I would have liked as it as Day 4 an on unfolded and there was a distinct “We are done with the wildlife, now let’s do tourist stuff” approach.    The signal was a morning "wildlife" walk that was literally right next to a small village where we had stopped for the evening.  (Folks, animals don't hang out where humans live.  I think we all know that.)  But nonetheless there was beauty and interest that was seen...if only fleeting (as this 1.5 hour stroll could have taken 3 or more hours so we could really see and understand the environment if not observe more wildlife). 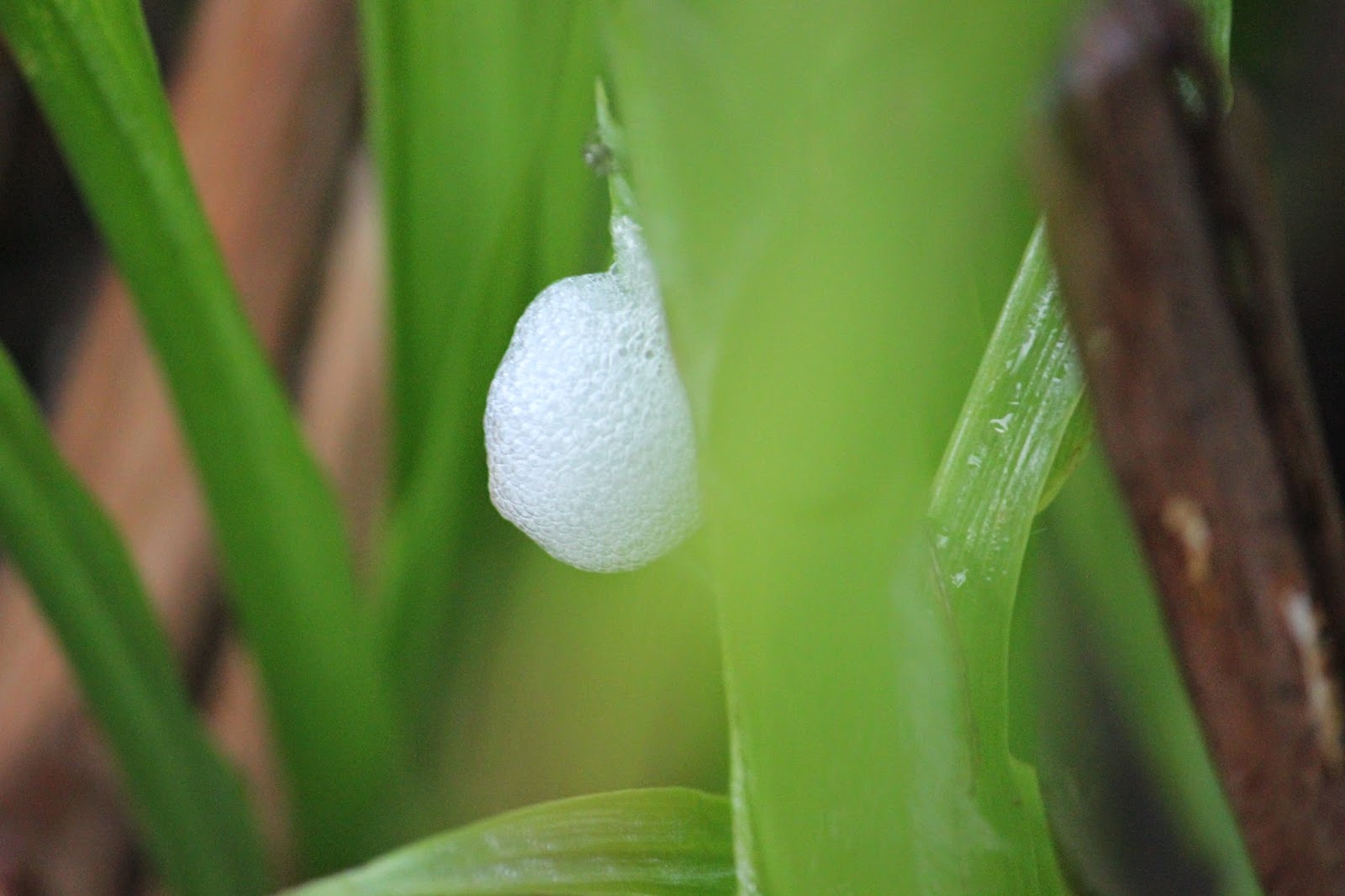 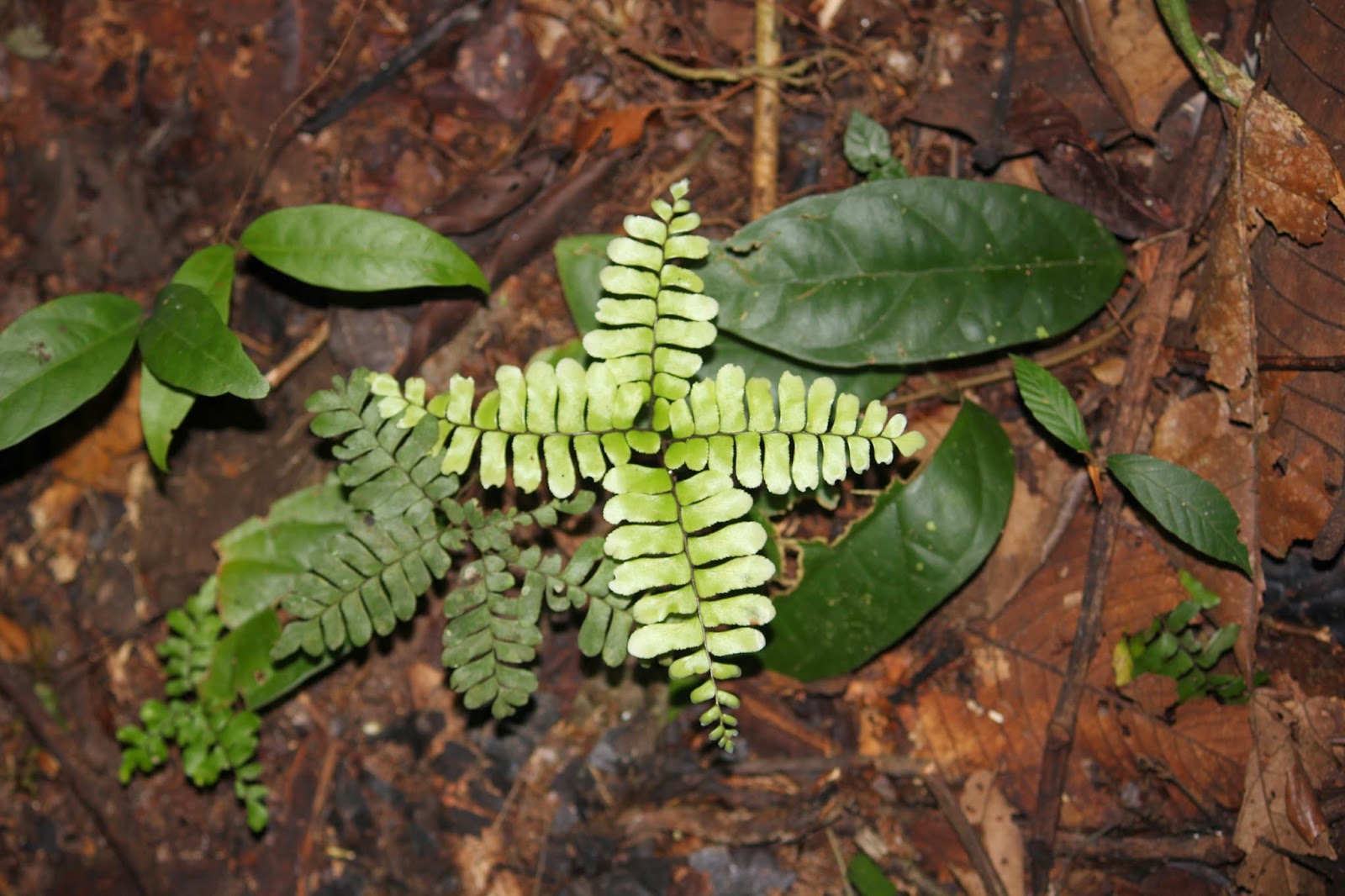 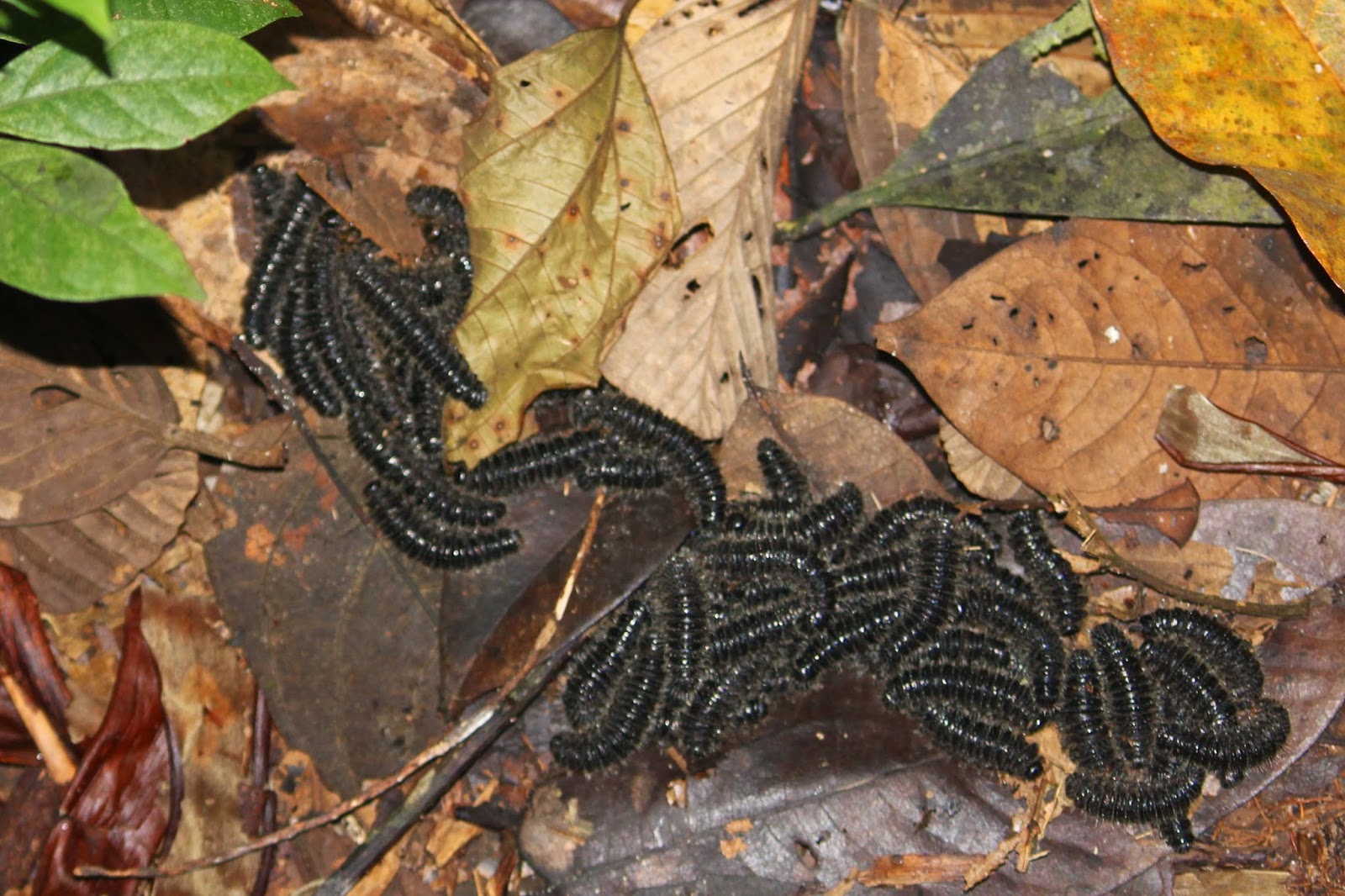 Unfortunately, these tourist experiences were made worse by some of the Canadian teachers/educators whose conduct was off-putting even to my recent high school graduate son.  With this relatively large contingent more focused on this being a holiday rather than a nature/ethnic experience coupled with them not being terribly respectful of the fact that others with different interests were sharing the same small space, our trip took a definite turn for the worse.

That is not to say that “my” desired experience is more important, but that when you are on a small boat with a single skiff courtesy is truly a needed commodity.  It also made it virtually impossible for the full “educational” experience to be provided both as to wildlife and indigenous people because talking about birds or dolphin behavior or environmental issues would have been poorly received, if not ignored or talked over.  (Yes, it should have been done regardless, and I am frustrated by that…more for my son missing out on these things.  G Adventures should have done much better.)

For example, we had a visit to a local school where we were supposed to – if we wanted – purchase school supplies for the children (but, of course, with visits about once a week they would have years and years’ worth of supplies; so what happens to them?)  This faux “interact with the locals” became a farce when part of our group decided that their “feel good help the children” plans should be sidelined so they could hold a pet baby sloth.  Not good for the sloth and not good for the children.  But, alas, for my fellow passengers it was all about them and not where they were.  Shameful.

This was not dissimilar to when we were to go on a nature hike and we spent almost 30 minutes while they swung on a vine…scaring away all the wildlife.  When challenged the comment from the biggest mouth of them all…an administrator no less…was that it was OK because it was fun.   (My comment that he should do that on a playground, not scaring wildlife was not warmly received.)  I have to wonder how many students have gotten detention or were suspended by this guy for simply screwing around in gym class!  But again, there was beauty...if you looked. 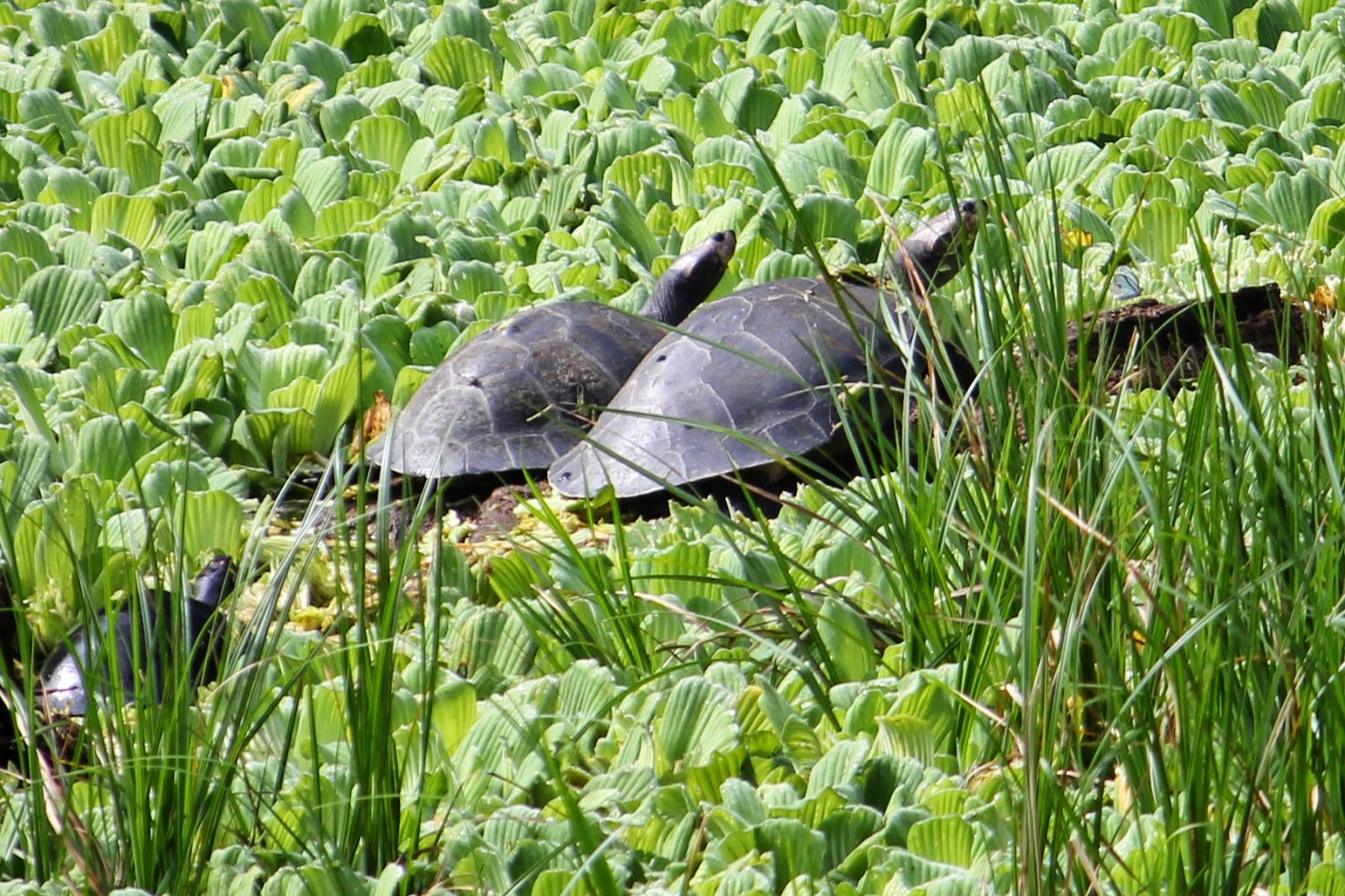 Making matters a bit worse, those “skiffs” we were to have was actually one skiff.  And one night we had a very intense rain storm and two of the scuppers (drains) on the side of the boat poured even more water into the skiff sinking it.  A day was spent hauling the boat and getting the engines to work, if imperfectly.  Thus, our visit to a shaman became a visit on the ship by a shaman and a lunch with a local family was cancelled. These were not huge losses for me, as I would have preferred to have preferred to have had more sort of authentic experiences.  (I was baffled by the comments about how wonderful the skiff driver was repairing the skiff and how some wanted to tip him extra.  I was thinking, "Why didn't he cover the skiff or move it so that it wouldn't have sunk in the first place as this was not his first tropical downpour?!")

Anyway, through the frustrations and disappointments, there were some pretty spectacular experiences...with more to come!  (Macaws, dolphins and more!)